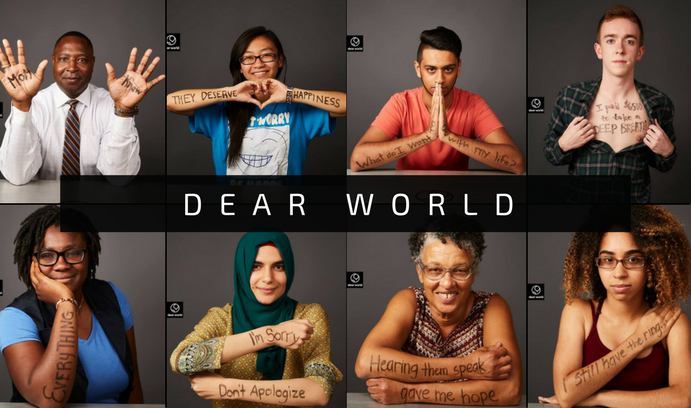 By the time he was 13, Ashoka Singh '18 had lived in four different countries.

Although his parents are Indian, Singh spent his life forming attachments to different cultures. He identified with different spaces so much so that it became a struggling point for him to respond with a concrete answer to those who asked where he was from. Was he American? Or was he from Belgium, Italy, Germany or India?

It wasn’t until Singh attended a family wedding that he saw true cultural convergence. With one song, people from different ethnicities, cultures and countries congregated on the open floor and started to dance. Arms wildly reached up to the sky, hips swayed to the rhythm of the booming music, and laughter filled the room.

“Everyone speaks the language of dance so it really didn’t matter what anyone’s background was,” Singh said. “It might sound cliche but whenever people try to separate us or put us into categories, I lean on dance to bind us together.”

So on a sunny Tuesday afternoon in September, when the creators of the portrait and storytelling project Dear World asked Singh, a Lehigh senior, to write a life experience onto his skin with black marker, Singh knew the experience he would portray. He turned to a friend and dictated a single sentence: “I looked around and everyone was dancing.”

Dear World, an internationally recognized project, rose from the rubble left behind from Hurricane Katrina. Robert Fogarty, one of the founders of the project, traveled to New Orleans and asked locals to write a love letter to the city. He wanted to inspire hope in a city that had just lost so much.

One man, Ralph Serpas, approached Fogarty and asked if he could do something different. Serpas promptly left the room and returned with his wife beside him. They stood in front of the camera and as the flashes began, his wife unbuttoned his shirt to reveal the words “cancer free” scrawled on his chest. The man started to cry, and the room burst with emotions.

It was the beginning of a much bigger journey for Dear World.

The project founders were inspired to inspire others to share their stories, so they traveled the world to do so. From Syrian refugees to survivors of the Boston marathon, almost 100,000 individuals have shared their personal journeys with the dedicated team of 10.

“What we do opens people in surprising ways,” Fogarty said in a press briefing. "Our process puts people in a place where they aren't afraid to share, where they trust their story will be honored.”

The team turned to Lehigh next to share and honor their stories.

Sarah Thompson and Ethan Fields, the assistant directors of residence life who brought Dear World to campus, felt the need for members of the Lehigh community to branch out.

“We wanted to create a space for difficult conversations to start happening so that they can happen more often,” Thompson said. “We’re all living together and studying together and working together so it’s incredibly important to be able to share in this unique space. We want students, faculty, and staff to reach beyond their own bubble so that they can better understand themselves and others around them.”

In an effort to celebrate Lehigh stories and voices, the Dear World crew set up their studio on the third floor of the University Center. On Tuesday, Sept. 26, the team invited a select group of Lehigh members to partake in a storytelling workshop and photoshoot. Their portraits were posted onto social media to galvanize others to come share their journeys.

The UC was bustling with activity the following day as students, faculty, and staff lined up to trace letters in black on their skin--a temporary tattoo detailing a time that somehow in some way shaped their character. Hundreds of portraits were taken all cumulating into a final show in Zoellner where individual stories would be told and celebrated.

Vice President for Equity and Community Donald Outing, who wrote “Mom knew” on the palms of his hand, said the experience was incredibly powerful to him.

“It was proof that the power of story can be truly transformative,” he said. “Everyone has a story to tell and sharing those personal stories draws people together and makes us more connected.”

Students reacted in a similar manner, citing just how much celebrating individuality and shared identity meant to them.

“It was really special to be given a space where you could be vulnerable, open yourself up to others, and know that you would truly be heard,” Danielle Sato said. “Dear World made me deeply understand how people really are a culminations of stories and how telling those stories is a beautiful way to give others a peek at our genuine selves.”

The voices of Lehigh are now a part of the Dear World project. An introspective two-day experience allowed hundreds of students, faculty and staff to step out of their comfort zone and indulge in self-disclosure. For some, heartbreak and loss molded their character. For others, happy celebrations of life shaped their perspectives.

“The Dear World event really extracted a memory out of me that accurately reflects my life story,” Singh said. “I was able to connect with people I have never met based off a phrase or sentence, and that’s something quite new for Lehigh.” 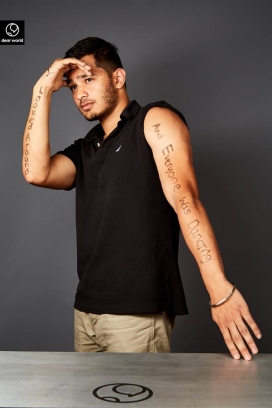 Ashoka Singh '18: “I looked around and everyone was dancing.” Photo: 'Dear World' 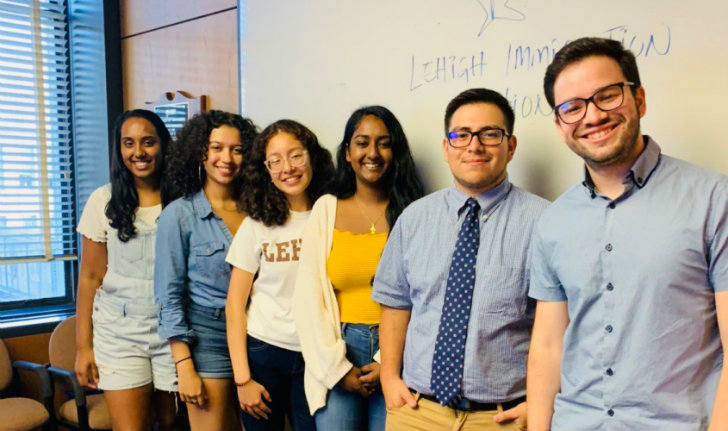