'A culture of excellence’

Lehigh students reflect on the lessons they learned during a summer at Mountaintop.

More than 100 students found the freedom—and space—to explore and collaborate on more than 20 projects as part of this summer’s Mountaintop 2014 experience.

“I like the culture of excellence that this provides,” said Alex Derish ’15, who was part of the Lehigh Aquaponics team that built an educational system for raising tilapia and growing basil. “If you give a Lehigh student a problem, they’re going to find a way to solve it. If you give 100 Lehigh students a problem, they’re going to find a really interesting way to solve it.”

As a measure of the impact on students, several teams will continue their work beyond Mountaintop.
In recent interviews with Lehigh visual storyteller Stephanie Veto, students involved in Mountaintop 2014 talked about what they learned this summer– not only in their research but also in solving problems, failing and succeeding and collaborating with fellow students.
You can read more about the projects on the Mountaintop blog. 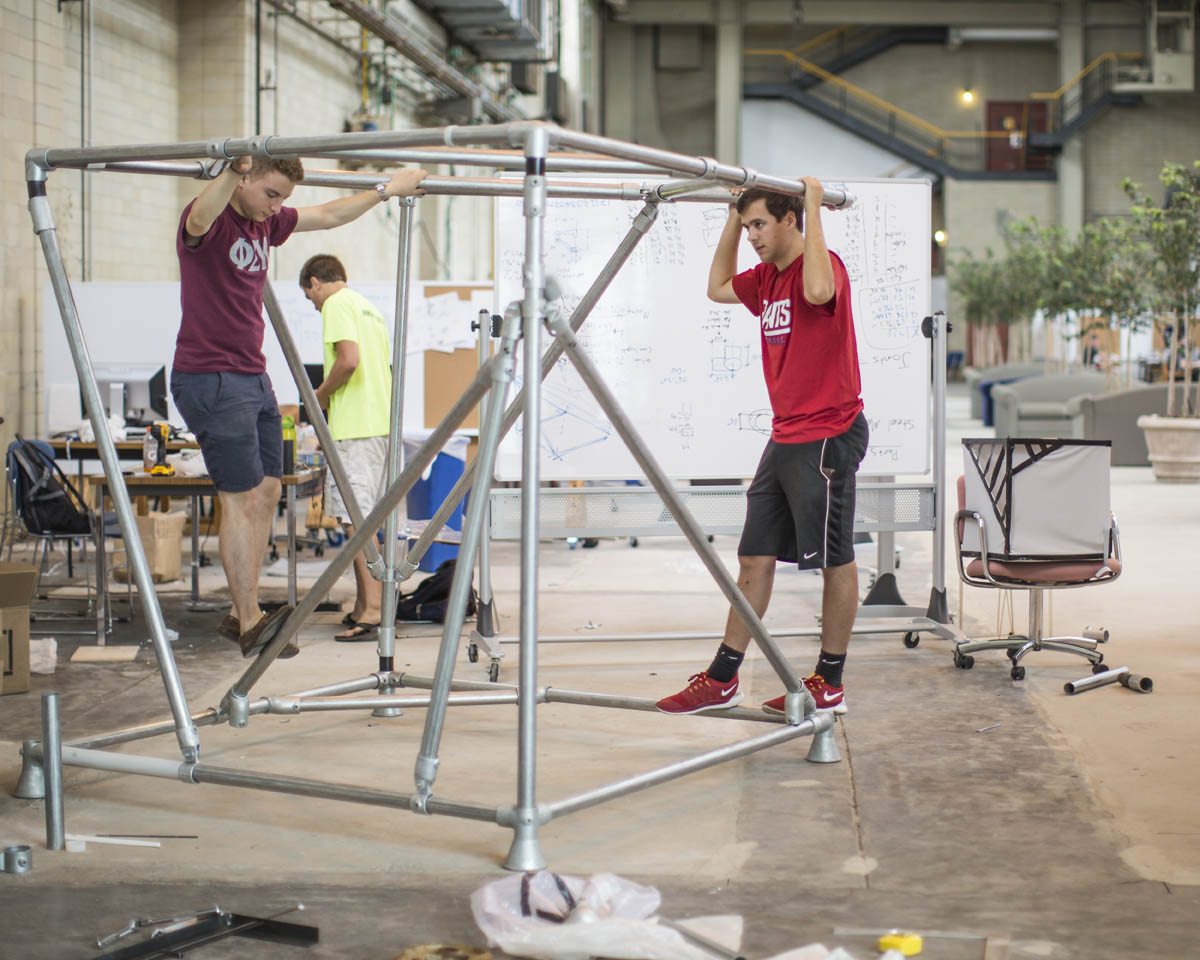 The Shapeshifter team creates an interactive structure to invite play.