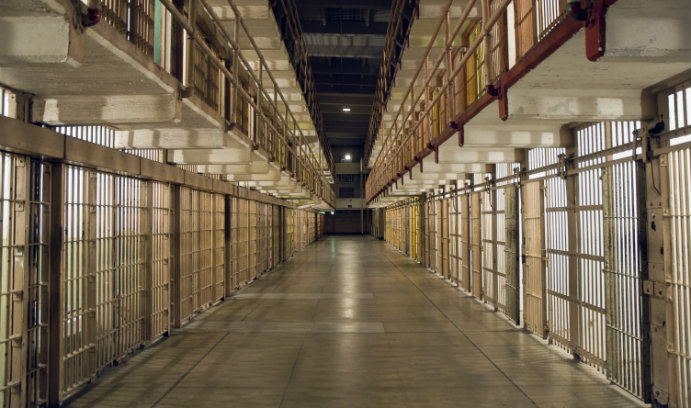 Learning to think historically about offenders, according to Michael Gill, could lead to more public support for a prison system that would have a constructive,rather than destructive, effect for our society." Photo: iStock/leezsnow

Does society view those who were physically or emotionally abused in childhood as less blameworthy for their moral shortcomings in adulthood?

New research led by Michael Gill, an associate professor of psychology at Lehigh, and co-authored by graduate student Stephanie C. Cerce, focuses on how spiteful, vindictive feelings can be removed from blame by offering a historicist narrative—a story-like explanation of how someone’s life history has led them to think, feel and act as they do.

The authors of "He Never Willed to Have the Will He Has: Historicist Narratives, 'Civilized' Blame, and the Need to Distinguish Two Notions of Free Will," published in the Journal of Personality and Social Psychology, found that when everyday people begin to "think historically" about offenders, it tempers their urge to inflict maximum misery on the transgressors while, importantly, leaving intact their urge to hold the offender accountable and to pressure them to change their ways.

The basic effect, according to the authors, was to show that harsh blame and spiteful impulses were reduced among those who received the narrative. Interestingly, Gill said, although it tempered harshness, the narrative did not change the perception that the offender is capable of making choices. In fact, participants who read narratives were as insistent as those who did not that the offender must be pressured and encouraged to start making different choices.

Gill says that the results were unexpected, based on prior literature which suggests that people are not particularly moved by stories of a wrongdoer’s unfortunate history. He suggests that prior work failed to demonstrate the effectiveness of history information because it was based on a mistaken idea of why such information matters for blame.

“What we showed is that these historicist narratives will have a powerful mitigating effect when they explain the wrongdoer's poor character, and not when they merely offer a ‘sob story’ about how awful the wrongdoer’s life has been,” he said.

Distinguishing Two Notions of Free Will

The work also provides some insights into moral reasoning. Specifically, it reveals that everyday people use two distinct concepts of free will when they assess blameworthiness and make moral judgments: control of self-formation and freedom of action.

Control of self-formation concerns whether people are the architect of their own character: Were they in charge of their own personality development? Did they set out to become a person who is angry at the world?

Freedom of action concerns whether people have the in-the-moment ability to make choices: Can they choose not to act on their impulses? Are they capable of controlling their anger rather than acting on it?

Participants in the study who learned about an offender’s life history were able to view a wrongdoer as lacking free will in one sense, but as maintaining free will in another sense. Specifically, Gill and Cerce found that when everyday people heard historicist narratives of a wrongdoer, it mitigated blame by reducing perceived control of self-formation without having any effect whatsoever on perceived freedom of action.

“While participants reported that an offender with an unfortunate history had limited control of self-formation, they continued to assert that the offender possessed a different type of free will we call freedom of action: the ability to inhibit, at the moment of action, one's impulse or tendency to act badly,” Gill said.

“One key takeaway from our article is that everyday people reason in fairly sophisticated ways about free will and blameworthiness,” said Gill.