Chris Houtz, a sergeant with the Lehigh University Police Department Sergeant, received the Jeanne Clery Award for Campus Safety at the Looking Back, Moving Forward: 25 Years of the Jeanne Clery Act Conference held at the Newseum in Washington, D.C., last week.

A 14-year veteran of the LUPD, Houtz was selected from a national field of roughly 50 nominees. Twice named “Officer of the Year” at Lehigh, Houtz has a background in fire and emergency response and has served as adviser to Lehigh’s Emergency Medical Service group.

Houtz was presented the award by Connie Clery, the mother of the Lehigh student who was raped and murdered on Lehigh’s campus in 1986. Following her tragic death, Connie Clery and her now-deceased husband, Howard, channeled their grief into advocacy.

A crowning achievement of their efforts came 25 years ago, when the U.S. Congress approved the Crime Awareness and Campus Security Act—later renamed the Jeanne Clery Act—which increased campus security for generations of students across the country, and provided more information on campus crime for prospective students and their families.

Connie Clery, who returned to Lehigh five years ago for a national summit on campus safety organized by representatives of the Clery organization and the university, also opened the Looking Back conference. She was introduced by LUPD Chief Ed Shupp, who was the lead investigator on the Clery case. In his comments, Shupp called his ongoing work with the Clery family on safety issues a “great privilege.”

“I can say, with absolute conviction, that I can think of no other individuals who have done more to create safer campuses than the Clerys,” said Shupp, who was a sergeant in charge of investigations at Lehigh at the time of the murder, and who was part of the team that quickly apprehended the fellow student who was eventually convicted of the crime.

“Virtually the entire next year was devoted to this case, as we worked through the initial investigation, the arrest, the trial and the conviction of the man who assaulted Jeanne in her dorm,” Shupp said. “Through my interaction with the Clery family, I came to know and respect both Mr. and Mrs. Clery for their courage and their dignity.”

Shupp said that as a father of four daughters, he could “only imagine the depth of their pain. I was—and remain—impressed and deeply moved by their commitment to improve campus safety and to spare other families the heartache they endured.

“But the Clery family took that pain and devoted the ensuing years to making sure other families did not have to experience what they did. We can never know how many lives were saved as a result of their work, but we do know that families now have more information than ever before about the colleges and universities that they select, and that educational institutions must make safety a top priority.”

Shupp said the Clery Center is at the forefront of these efforts and is widely recognized for its effectiveness and commitment to campus safety.

“The Clery family has changed the way we all look at campus safety,” he said, “and we owe them.”

The day-long Looking Back conference focused on campus safety initiatives across the country, and included presentations and discussions on topics that included sexual violence prevention, community engagement, issues related to LGBT students and the future of campus safety. 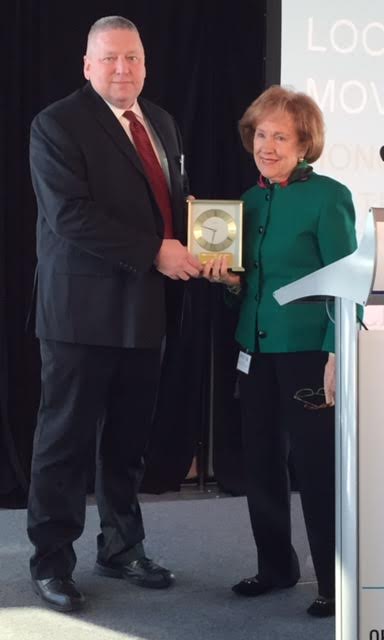