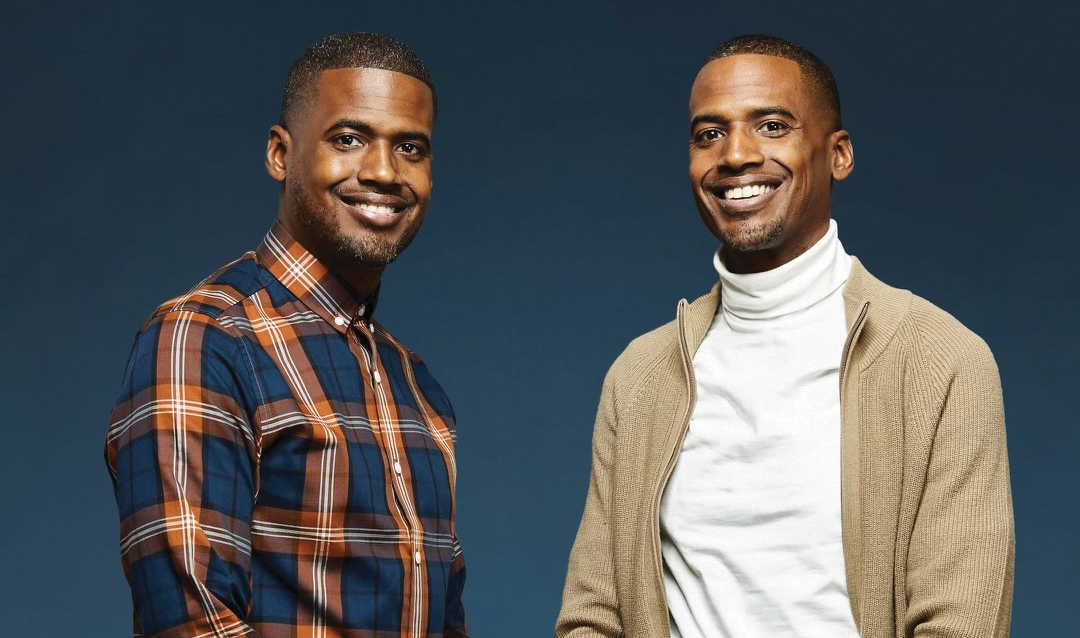 Former Lehigh football players Calvin (left) and Chris LaMont have started their own company and host a new show on HGTV, "Buy It or Build It."

With approximately $4,000 between them after selling one of their vehicles, twin brothers Chris and Calvin LaMont arrived in Dallas in 2007 to embark on their dream of working in real estate after studying supply chain and business information systems, respectively, at Lehigh.

Two months later, they said that balance had dwindled to zero. But the former Lehigh football players persevered, starting a commercial janitorial business and pivoting to other ventures, eventually restoring houses that had water and fire damage. They never lost sight of their dream and became hosts of a new HGTV show, “Buy It or Build It,” and owners of a company they founded, Volume Income Properties (VIP).

“Two guys on a truck, Calvin and I went to houses and we cleaned carpets,” Calvin said. “But we always knew we wanted to do real estate from the beginning, and we never lost that goal.” An ex-television executive saw the LaMont brothers’ work with VIP and believed they needed a show. He connected the brothers with production companies, and they were told “no” four times. The fifth time, in October 2020, was the charm.

❇️ Greenlight Alert ❇️ Brothers and contractors Chris and Calvin LaMont are creating one-of-a-kind homes — but first, their clients must choose whether they want to buy or build. 🤔🏠 #BuyItOrBuildIt is slated to premiere in Spring 2022. 🙌Don’t worry, we’ll remind you. 😅 pic.twitter.com/gn2OG8BJRR

“Buy It or Build It” premiered May 18, 2022, with Chris showcasing old homes with the potential to satisfy their clients’ wish lists and Calvin pitching a new build. After clients choose whether they want to buy and remodel or build their dream home, Chris and Calvin work together to complete the project.

Season one featured five episodes, which according to Calvin recorded more than 3.5 million live viewers and millions more through reruns and streaming. They said there is talk of a second season or other programming.

The brothers credit their football coaches at Lehigh, Pete Lembo and the late Andy Coen, with a mantra that they say has served them well throughout life, but especially as they waited for their big break in television: “Focus on what you can control.”

While the brothers are known for their HGTV show, they are also passionate about the work they do through VIP.

Not only are they trying to alleviate the lack of supply in affordable housing, they’re creating in-field development for subdivisions in cities and working with officials in locations such as Dallas, St. Louis and Augusta, Georgia to revive neighborhoods.

“This is it ladies and gentlemen” THE BIGGEST REVEAL OF 2022!!!! Tonight at 11pm|10c on @hgtv watch an all new episode of “Buy It or Build It”. Will @thecalvinlamont finally get his way with a #Buildit? Or will his twin brother to bed again with a #buyit? #videooftheday #pride pic.twitter.com/fkympUM3PM

“We’re actually taking neighborhoods that have been neglected, and we’re bringing the spark back to them with innovative housing,” Chris said.

The LaMont brothers say they hope to show people that buying a home is achievable.

“We can help more people so they won’t be scared,” Chris said. “If they see us doing it, Calvin and I, [maybe they] say, ‘They look like us, and you know what? Maybe I can go get a house.’ And that's the goal.”