In a continuation of its sustainability efforts, Lehigh has installed 25 new sets of solar-powered waste and recycling bins across campus after a pilot program in Farrington Square proved successful.

The Bigbelly double stations, which allow for both trash collection and recycling, were installed in mid-August at locations that include University Drive at Rathbone and Research Drive at Iacocca Hall, bringing to 27 the number of sets installed on campus in an initiative to reduce waste and litter and reduce recycling contamination.

The units hold more waste than traditional bins and have sensors that show how full the bins are, and then send a real-time notification to crews when they need to be collected. The units communicate into a software dashboard that tracks volume, activity and collection trends. The campus installation included a mix of “high capacity" compacting smart bins and “standard capacity” non-compacting smart bins.

“The new Bigbelly units that will be sited around campus will improve Lehigh's recycling efficiency using easily recognizable and consistently labeled containers,” said Gary Falasca, director of Custodial, Grounds, and Athletics in Facilities Services at Lehigh. “Waste management staff will be notified when a container requires servicing, limiting truck trips to only containers that are full.”

The units also are enclosed with a “hopper,” or disposal interface. “The closed containers will reduce blowing waste and eliminate rodent intrusion into the containers, promoting a cleaner and more organized waste collection system for Lehigh's campus,” Falasca explained.

Lehigh launched its pilot program in June 2017, installing bins at two locations at the high-traffic Farrington Square. In the past 12 months, those units achieved a 50.1 percent diversion rate, compared to Lehigh’s overall single stream recycling rate of 15.53 percent in 2017.

The system also reduced the number of collection trips to each bin. Facilities Services previously collected bins twice a day at Farrington Square, which hosts the Bethlehem Farmers’ Market on Thursdays in summer. With the Bigbelly system, collection has only been twice a week, which represents an 85 percent reduction in collections, reducing congestion, fuel usage, vehicle emissions, and thus Lehigh’s greenhouse gas footprint.

Lehigh’s Sustainability Officer Delicia Nahman lauded Facility Services for embracing this smart technology for waste management on campus, and she noted the role that the Lehigh community can play in helping Lehigh achieve the goals of its Campus Sustainability Plan 2020.
“The clear, educational signage on the front of the bins will empower students, staff and faculty to make smart decisions on where to toss their trash and recycling when they’re on-the-go and will help reduce recycling contamination on campus,” she said. “The bins will help set the Lehigh community up for measurable success.”

The bin locations can be viewed here. 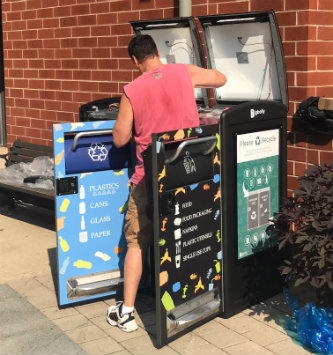 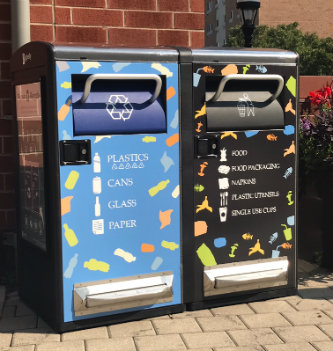 The units hold more waste than traditional bins and have sensors that show how full the bins are, then send a real-time notification to crews when they need to be collected. 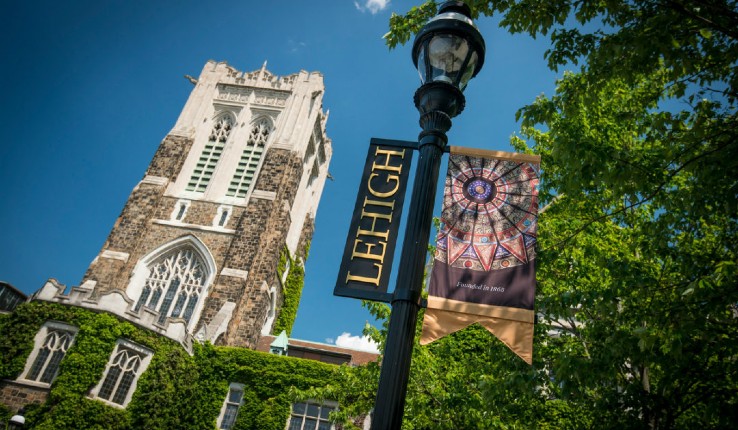 The strategy will provide a roadmap for lessening the university’s impact on the environment. 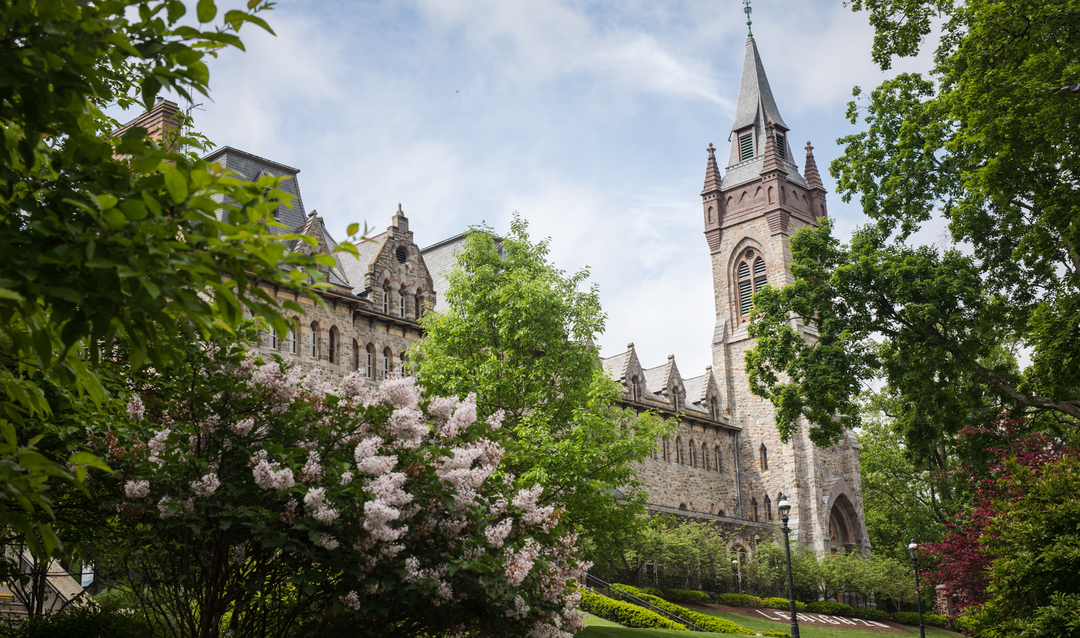 The new plan focuses on 113 goals across six strategic areas.