Between Geometry and Probability

Euclidean geometry, the study of flat space, tells us that between every pair of points there is a unique line segment that is the shortest curve between those two points.

Neel, an assistant professor of mathematics, examines the numerous techniques employed in geometric analysis and probability, exploring geometric structures that have some degeneracy. The overarching theme to his work is the use of probabilistic methods, such as Brownian motion. The techniques, he says, apply to many mathematical problems.

“Surfaces in a larger space aren’t generally thought of as degenerate, but from a probabilistic standpoint, Brownian motion along the surface is degenerate in a way quite similar to what you see in sub-Riemannian geometry,” he says. “I’ve been focused on developing tools that provide a common method for several different problems, which is perhaps a little inverted.”

Neel came to Lehigh in 2009 from Columbia University, where he was a National Science Foundation Postdoctoral Research Fellow. His research into sub-Riemannian geometry lies at the center of a collaborative effort with French scientists.

“Somewhere between geometry and probability, and some analysis, there are a lot of interactions that people certainly have explored, but not as systematically as I think it merits. There’s too much left on the table.” 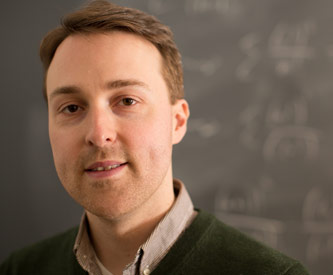 ROBERT NEEL, assistant professor of mathematics, holds a Ph.D. from Harvard and came to Lehigh in 2009 from Columbia.