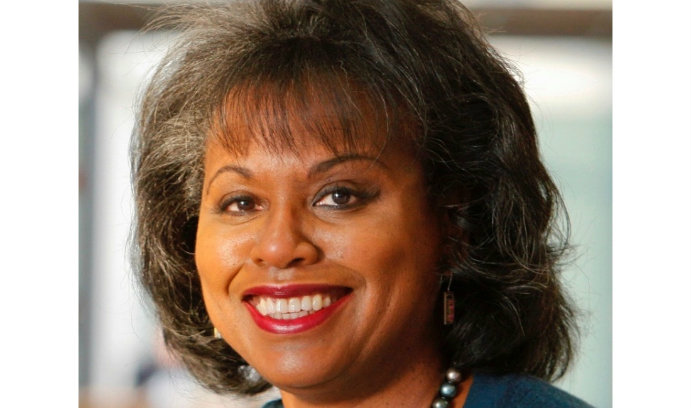 Anita Hill will speak on "From Social Movement to Social Impact: Putting an End to Sexual Harassment in the Workplace" at Lehigh.

Anita Hill, the woman who rose to unwanted fame when she testified during the confirmation hearings for U.S. Supreme Court Justice Clarence Thomas, will deliver Lehigh’s MLK address at 7:30 p.m. Thursday, Feb. 7th, in Baker Hall of the Zoellner Arts Center. The talk is open to the public, free of charge.  No tickets are required; however, a limited number of tickets for reserved seats are available at zoellnerartscenter.org or by calling the Zoellner Arts Center Box Office at (610) 758-2787.

Dahlia Hylton, director of the Office of the Multicultural Affairs, and co-chair of the university’s MLK Committee, said the group has been focusing its efforts on bringing compelling programming to Lehigh around the theme of Race X.

That theme, she said, “drives the examination of the ways in which race intersects with various societal issues, including voting rights, the environment, culture, politics and social justice.  Hill’s presence at Lehigh aligns beautifully with the MLK Committee’s Race X theme and we are undoubtedly honored for her to shed light on the ever important topic of finding your voice.  For two decades, her work has articulated the power of sharing your story through an intersectional lens. And welcoming her during the height of the #metoo movement and Black History Month solidifies Lehigh’s commitment to furthering our efforts building an inclusive environment in which all beings are respected and valued.”

Currently a university professor of social policy, law, and women’s, gender and sexuality studies at Brandeis University, Hill is the youngest of 13 children, and grew up on an Oklahoma farm. After studying psychology at Oklahoma State University, she went to Yale University to study law, and graduated in 1980. She went to Washington, D.C. to work first in a law firm, and then at the U.S. Dept. of Education’s Office for Civil Rights. It was in that role that she worked as a legal advisor to Thomas, then serving as assistant secretary, and again when he was promoted to chair of the Equal Employment Opportunity Commission.

Finding her work environment with Thomas untenable, she left that role to accept a teaching assignment at Oral Roberts University, and later joined the faculty of the law college of the University of Oklahoma, where she became the first tenured African American professor of the institution in 1989.
When President George H. W. Bush nominated Thomas to replace Thurgood Marshall on the Supreme Court in 1991, Hill testified before the Senate Judiciary Committee and recounted numerous instances of Thomas’s alleged sexual harassment. The televised hearings ignited a national controversy, with a polarized country viewing the events through a political lens. Thomas narrowly won confirmation, and the frustration on the part of many women who not only believed Hill but experienced similar circumstances ignited a “Year of the Woman” in the 1992 Congressional races. The number of women elected doubled in both the House and the Senate, and issues of sexual harassment in the workplace rose to new prominence.

Since then, Hill joined the faculty of Brandeis University in 1998 as a visiting professor and was named university professor in 2015. She authored an autobiography titled Speaking Truth to Power (1997) and Reimagining Equality: Stories of Gender, Race, and Finding Home (2011). She participated in the 2013 documentary Anita, and was portrayed by actress Kerry Washington in the HBO movie Confirmation.
She now leads the Hollywood Commission on Sexual Harassment and Advancing Equality in the Workplace, composed of leading executives in the entertainment industry, and she has devoted efforts to reinvigorating Title IX.

More recently, she weighed in on the confirmation process of now U.S. Supreme Court Justice Brett Kavanaugh. During the hearings before the Senate Judiciary Committee in late September, Kavanaugh was forced to defend himself against accusations of sexual assault brought forward by Dr. Christine Blasey Ford, who detailed an encounter when she and Kavanaugh were both teens.

Like Thomas, Kavanaugh aggressively defended himself and responded with fury at the process that allowed these accusations to come to light. In an op ed she penned for the New York Times, Hill herself offered advice on how the Senate can better serve during this round of hearings and improve public confidence in the system.

“It’s impossible to miss the parallels between the Kavanaugh confirmation hearing of 2018 and the 1991 confirmation hearing for Justice Clarence Thomas,” she wrote. “In 1991, the Senate Judiciary Committee had an opportunity to demonstrate its appreciation for both the seriousness of sexual harassment claims and the need for public confidence in the character of a nominee to the Supreme Court. It failed on both counts.

Hill suggested basic ground rules, including refraining from pitting public interest in confronting sexual harassment against the need for a fair hearing, selecting a neutral investigative body to thoroughly review the accusations and present its unbiased findings, giving the process adequate time for meaningful inquiry, and simply referring to the accuser by her name.

“She was once anonymous,” Hill wrote, “but no longer is. Dr. Blasey is not simply ‘Judge Kavanaugh’s accuser.’ Dr. Blasey is a human being with a life of her own. She deserves the respect of being addressed and treated as a whole person.”

Hill’s talk at Lehigh is being co-sponsored by the MLK Committee and the Lehigh University Notations Series. Additional sponsors include: the Office of Diversity, Inclusion and Equity; the Dialogue Center; the Center for Gender & Equity; the Office of Multicultural Affairs; the Office of Gender Violence Education and Support; Lehigh’s Human Resources Office; and the Center for Ethics. Additional support is also being provided by Lehigh University Africana Studies and the National Endowment for the Humanities. (Any views, findings, conclusions or recommendations expressed in this program do not necessarily represent those of the National Endowment for the Humanities.)

For more information about Hill’s talk, please call 610-758-2787, ext. 0 or visit Zoellner Ticket Services, Tuesday 12-6 pm, Wednesday through Friday from 12-5 pm, Saturday 11 am -1 pm, and two hours before curtain, or online at www.zoellnerartscenter.org.