'Are we Alone in the Universe?'

Joshua Pepper, an assistant professor of physics who helped invent the Kilodegree Extremely Little Telescope (KELT) a decade ago, has discovered seven exoplanets, or planets orbiting other stars, in the Milky Way.

“As time goes on,” Pepper told an Asa Packer Society audience in February, “we are going to ultimately answer the fundamental question, ‘Are we alone in the universe?’”

Pepper built the first KELT telescope as a Ph.D. student at Ohio State University (OSU) and the second as a postdoc at Vanderbilt. The first instrument is now located in Arizona, and the second in South Africa.

Because the stars that KELT observes are so brilliant, Pepper did not need the kind of large telescope commonly used by astronomers. Although the KELT lenses are just 2 inches wide, they can precisely measure the brightness of millions of stars.

Pepper gave his talk, “How to Discover a Planet in 3 (Not So Easy) Steps,” to 100 alumni and friends at the Franklin Institute’s Fels Planetarium in Philadelphia. Wobble and dip, he said, are two key identifiers in finding an exoplanet. A star’s wobble is caused by the gravitational back-and-forth pull from an orbiting planet. A dip is caused when an orbiting planet blocks the star’s light path to the earth.

For every 40 to 50 stars that the KELT survey identifies as possible exoplanets, only eight to 10 meet criteria for further examination. Pepper works with astronomers at OSU and Vanderbilt and from around the world to analyze KELT data with larger telescopes and try to determine if a planet is present. The curve of a star’s wobble helps them verify that it is being orbited by a planet.

Astronomers have discovered at least 770 exoplanets in the last 20 years, Pepper said. Thousands of other candidates are awaiting positive confirmation.

Pepper is a member of the science team for the NASA Explorer Program’s Transiting Exoplanet Survey Satellite (TESS), which is scheduled to launch in five years. Run through MIT and Harvard, the TESS program will help determine which stars are the best targets to find planets that could be probed for the presence of living things. 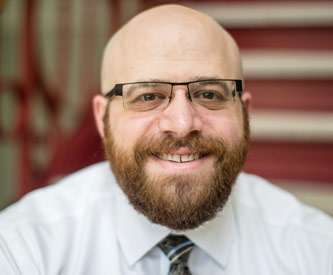 JOSHUA PEPPER, an astronomer and assistant professor of physics, conducts research focused on the discovery of extrasolar planets, which are planets that orbit stars other than our sun. 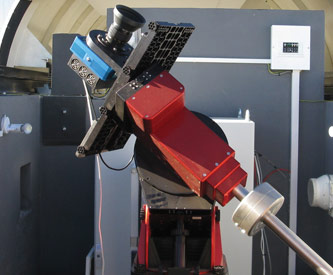 The KELT-South telescope in Sutherland, South Africa, was built by Pepper.