A new and improved UMOJA House is dedicated

More than 150 students, staff and faculty turned out for a rededication ceremony at the Umoja House Tuesday.

More than 150 students, staff and faculty turned out for a rededication ceremony at the UMOJA House on Sept. 2, ushering in a new chapter in the history of a historic building that has traditionally been the home of a diverse group of students.

The event not only marked the start of the new academic year, but also the recent completion of extensive renovations that included mechanical, structural and aesthetic upgrades. Also improved were parking, accessibility and lighting. A card access system was installed for additional security, according to project manager Yasmin Bugaighis-Abdussalam, associate director of Campus Planning and Projects.

On hand were Interim President Kevin Clayton ’84 ’13P and members of the administration, as well as former trustee Ralph A. Thomas ’76 ’77G, CEO and executive director of the New Jersey Society of Certified Public Accountants, and Leon Caldwell ’91 ‘93G, a senior research associate at the Annie E. Casey Foundation in Baltimore, Md., who was credited with authoring the original proposal that led to the creation of Umoja House.

“Thanks to the hard work and dedication of many people—staff, faculty, students, alumni—we can proudly stand here today and say that U-House is back, better and stronger than ever,” said Clayton.

“In rededicating this space, we celebrate learning in all its many and varied forms. We celebrate the diversity that enriches this campus. And we celebrate the accomplished, creative, successful students who live and learn here.”

Clayton pledged that Lehigh administrators would “stand behind this house and give it our full support. We look forward to the great things that will happen here. ‘UMOJA’ means unity. There is no more fitting word to describe what this day, and this place, is all about.”

Thomas commented that it’s “wonderful to see what’s transpired here,” but cautioned that the work of weaving diversity and inclusion into the fabric of Lehigh is not over.

“We cannot sit on our laurels and think we’ve arrived. It is truly a journey and not a destination,” said Thomas, who chaired the trustees’ subcommittee on diversity and inclusion.

Thomas was introduced by Henry Odi, vice provost for academic diversity, who praised the collaborative effort of many of his colleagues, including Angela Scott, director of Academic Diversity and Outreach; Tyrone Russell, director of the Office of Multicultural Affairs; Ozzie Breiner, director of Residential Services; Jen Scaia, director of Residence Life; and David Joseph, executive director of Student Auxiliary Services.

The brief event concluded with a ceremonial ribbon cutting that included not only the speakers and those thanked by them, but others across campus whose support was critical to the success of this project. They include Pat Johnson, vice president of Finance and Administration; John Smeaton, vice provost of Student Affairs, Bruce Taggart, vice provost of Library and Technology Services; Sharon Basso, dean of students; Kashi Johnson ’93 ’94, associate professor of theatre; and Paul Lyons ’16, a double major in international relations and political science who also serves as president of UMOJA House.

“As a third-year student, my original perception of Lehigh has changed,” said Lyons, who credited alumni who “have been part of this experience and who were here to support us.”

It’s important, he said, to consider what’s happened in the past, and how far the UMOJA House has come.

“It’s not a place for just students of color,” he said, “but a place of diversity and inclusion for everyone on campus.” 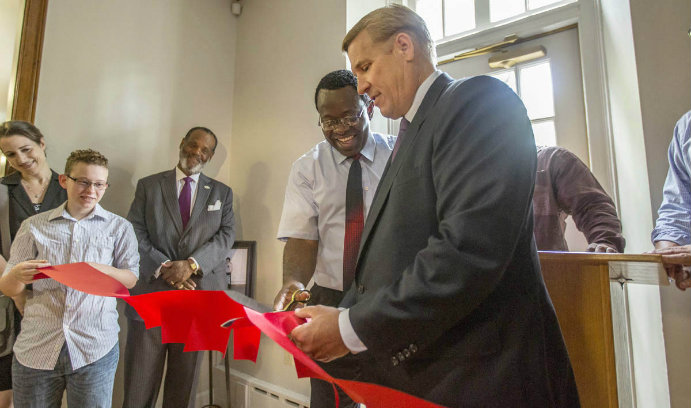 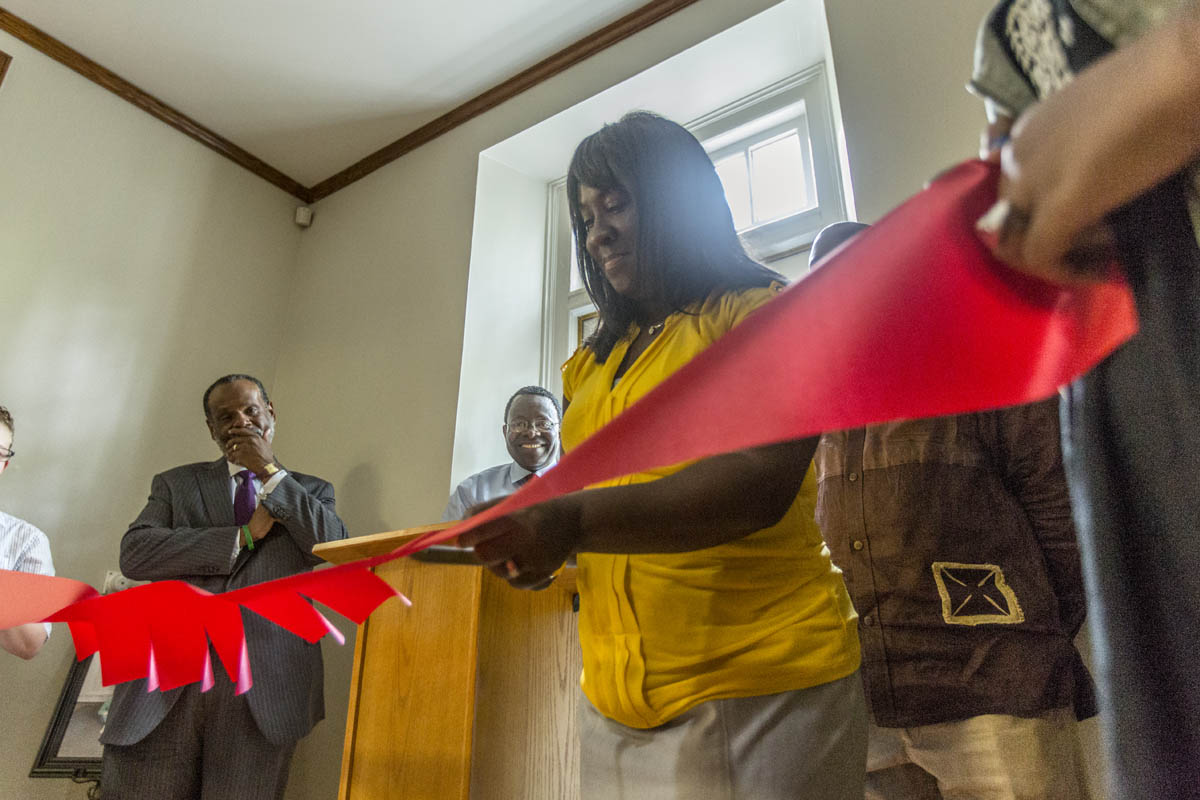 Angela Scott, Director for Academic Diversity and Outreach at Lehigh, joins in the ribbon cutting. 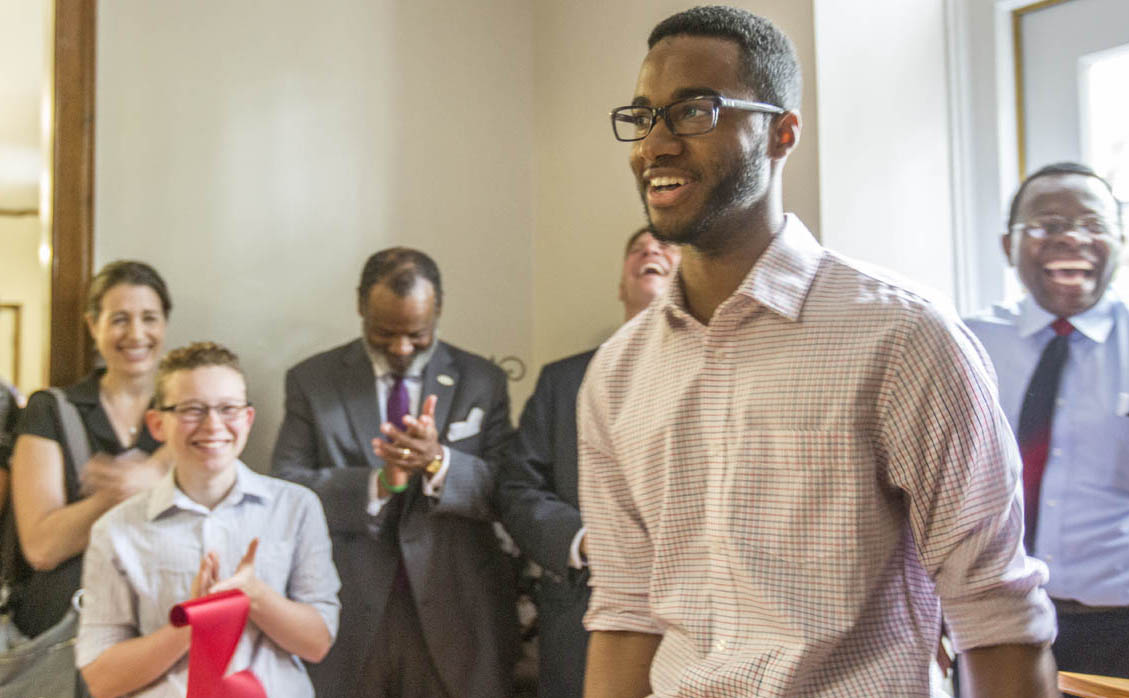 Paul Lyons '16, president of UMOJA House, helped usher in a new chapter for the historic building.