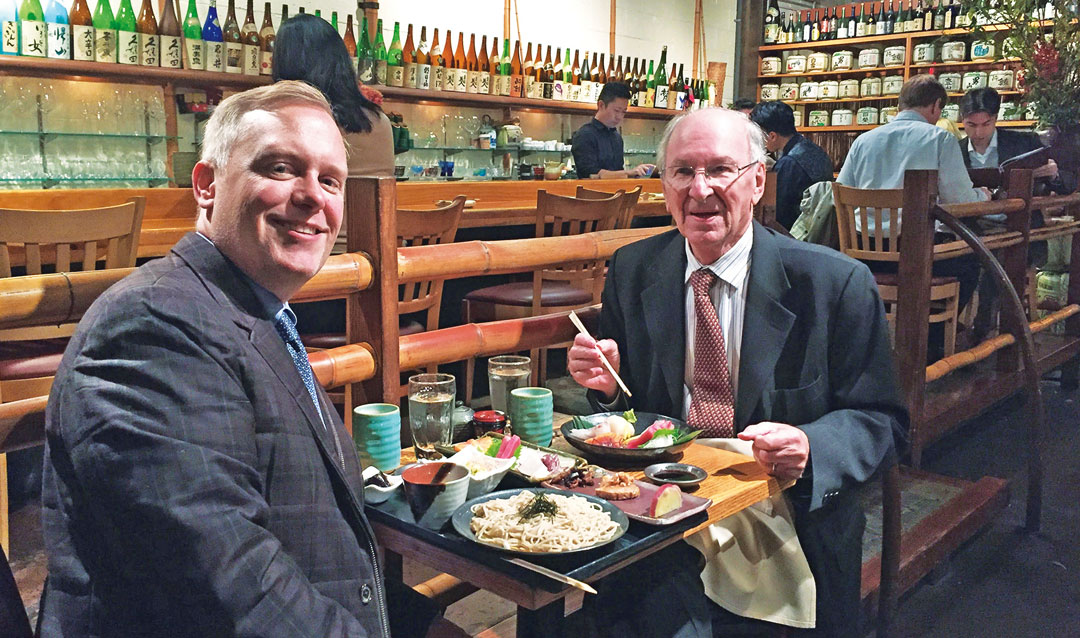 A Gift of Japanese Porcelain

Lehigh alum and Yale scholar Robert G. Wheeler ’50 first became interested in porcelains in 1974, when, as professor and chair of the engineering and applied physics department at Yale, he joined a delegation of 15 scholars from across disciplines on an extensive study trip to China.

At the time, Wheeler was working on silicon dioxide formation in oxygen furnaces to make early field effect transistors. With silicon dioxide a major component of porcelain, he became interested in the process by which the Chinese made porcelain.

Returning home, Wheeler read as many library books as he could find on the subject matter. And, he began to purchase Imperial porcelain at auctions, including items made for the Yongzheng Emperor, who reigned in China from 1722 to 1735.

When auction prices began to soar in the early 1980s, Wheeler turned his attention to Japanese porcelain, coming to prefer, as did his wife, the minimalist aesthetic of the designs.

“The very best is very sparse, with an effective use of the white in the design,” he says.

Now Wheeler is donating 32 pieces of Japanese porcelain to the Lehigh University Art Galleries (LUAG), in large part because of its mission as a teaching museum and his fondness for his alma mater. The artworks, mostly plates, date from the mid-17th century to the 19th century. Most are blue and white, though a few pieces are multi-color overlays. 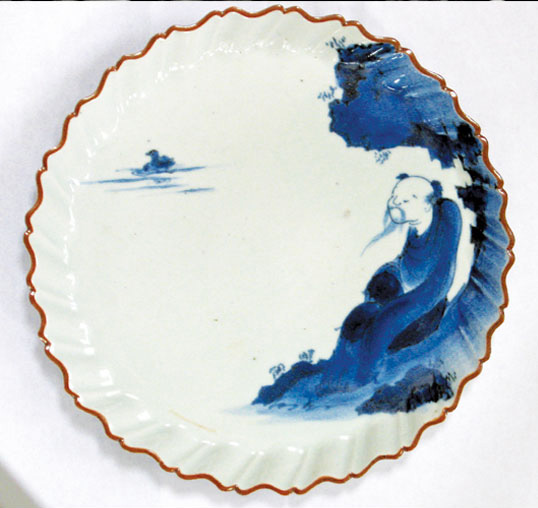 In the collection is a pie crust- shaped plate that dates to the year 1670 and depicts a sage sitting in a cave, looking out over water and a passing duck.

Among the oldest pieces in the collection is a  pie crust- shaped plate that dates to the year 1670 and depicts a sage sitting in a cave, looking out over water and a passing duck. Another plate, vintage about 1690, depicts waves, a turtle and birds.

LUAG Director William B. Crow said the artworks are “wonderful additions” to the LUAG permanent collection, which contains works of art spanning many cultures and eras.

“First, they tell us about the artistic practices of Japan and the influence of other cultures, from China and Korea, in that time period,” Crow says. “But they also are magnificent objects to teach us about changing technology,” including the sophisticated use of ceramic materials and techniques, firing processes, glazes and chemical compositions used on the objects in different time periods.

Also, Crow says, many stories can be told through careful visual analysis of the artworks. “The subject matter depicted on these objects, whether flora and fauna, and the different types of patterns that are used, reflect cultural or religious beliefs of the time periods.”

Wheeler says the collection could provide a window into Japanese society, allow comparisons to the process of making Chinese porcelain and prompt discussions of early trade interactions among the Chinese, Japanese and Europeans.

“Hopefully,” says Wheeler, “it will get students interested in this interaction between various cultures and various peoples, and what their motivations were and how they look at art, how they look at life.”

While the artworks are of note, so too is Wheeler’s story. Growing up in Allentown, Pa., he attended Lehigh after his graduation from high school. World War II was over, and Wheeler was interested in a course of study at Lehigh in engineering physics. The curriculum, he says, “allowed me to convince my father that I would be able to get a job.”

Inspired by a course at Lehigh in thermodynamics taught by professor Raymond Emerich, Wheeler went on to Yale, where he obtained his Ph.D. in physics. Wheeler says he was fascinated by the development of low-temperature physics, and Yale was a leader in research efforts in North America in cryogenics. Wheeler joined Yale as an instructor in 1957, moved up the faculty ladder to full professor by 1966, and later, became chair of the department of engineering and applied physics.

Retiring in 1997 after 40 years at the university, Wheeler enrolled regularly in undergraduate courses at Yale for his enrichment, including a seminar in art history. In search of Japanese tea ceremony implements to share with fellow students, he found about 4,000 overlooked Japanese artifacts in the Peabody Museum of Natural History at Yale. That led to his co-curating the 2015 exhibition at the Peabody titled, Samurai and the Culture of Japan’s Great Peace.

Crow says Wheeler’s gift will provide opportunities for learning and research at Lehigh, including among faculty members and students conducting research on glazes and chemical compositions. He says LUAG regularly takes requests from faculty to have original works of art available for review. Says Crow: “Object study and close visual analysis of original objects is really important for learning at any level, whether it's undergraduates or graduate students.” 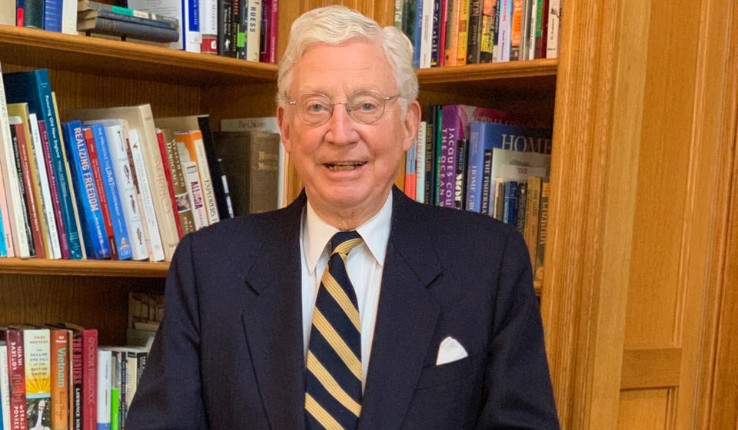 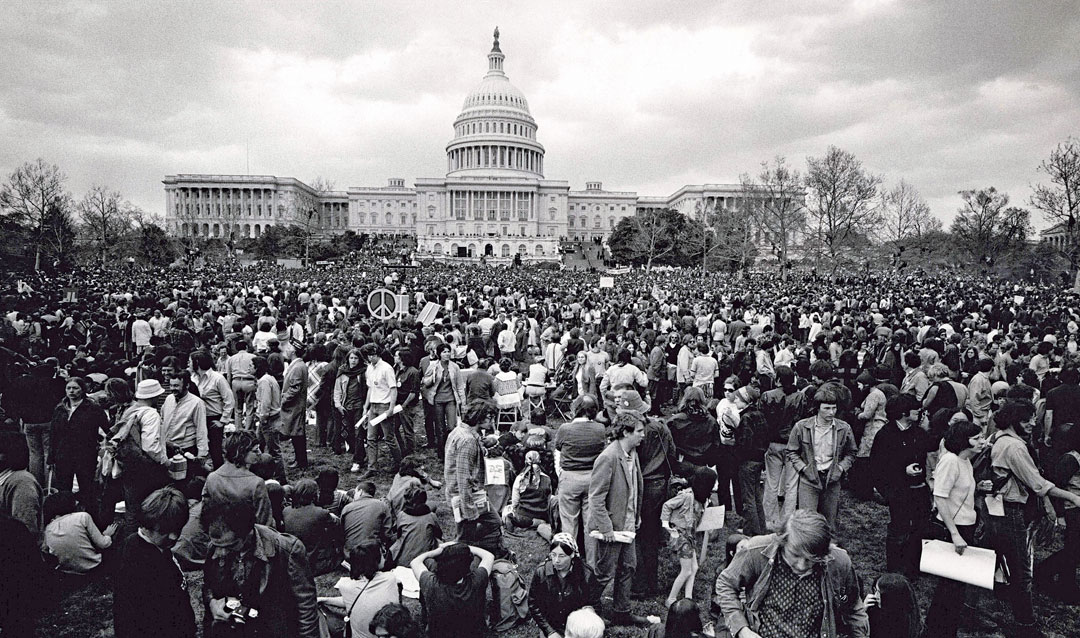 Lehigh University Art Galleries puts democracy, in all its forms, on display. 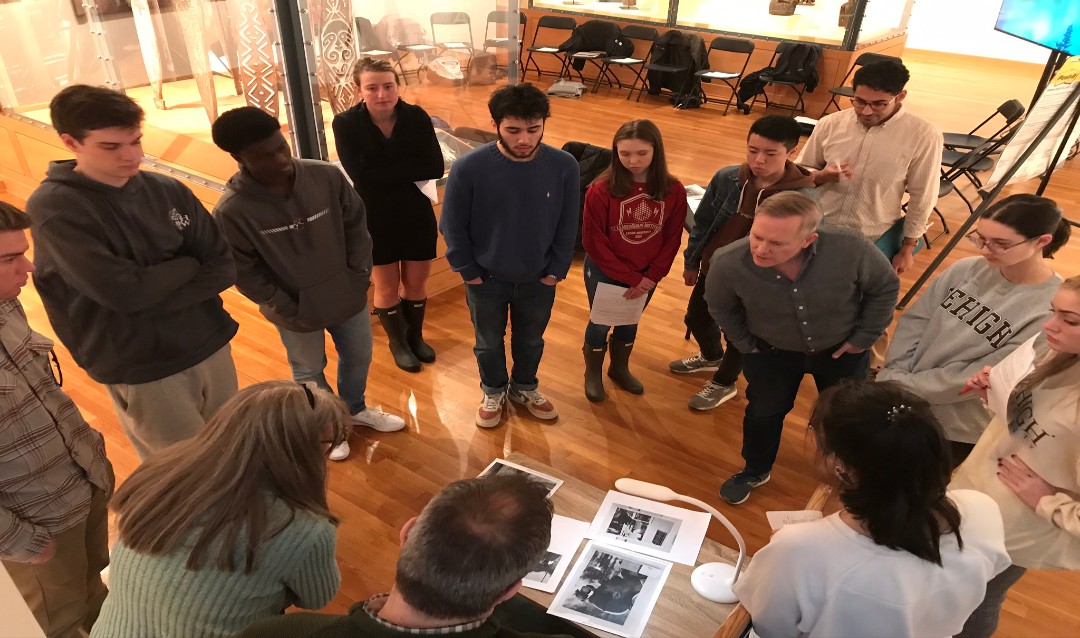 This is the second peer-reviewed federal grant that LUAG has been awarded in two years, an accomplishment that is rare in the field.