A Climb for Justice 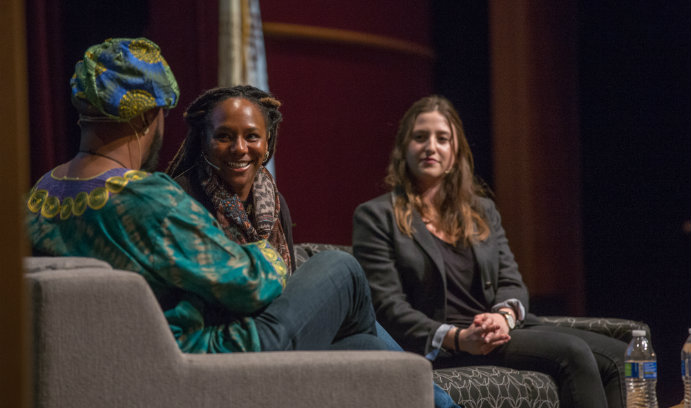 Activist and filmmaker Bree Newsome told a Lehigh audience Thursday night at Baker Hall that her decision last summer to climb a 30-foot flagpole outside the South Carolina state capitol and take down the Confederate flag was a “deeply personal” one.

As a descendant of African-American slaves, Newsome said, she was always bothered that the flag, a symbol of enslavement, was flown on state house grounds. But after a white man gunned down nine parishioners in a historic black church in Charleston, she said, she found discussions about the flag “just insulting,” especially when it was not lowered to half-staff in mourning for the victims. Lawmakers’ approval was needed.

“Part of us doing this was to strip [the flag] of its power,” said Newsome, who was aided by other activists. Though she was arrested, South Carolina lawmakers within two weeks voted to remove the Confederate flag from the state house grounds.

Newsome talked about her activism and her art in an hour-long conversation that was part of Lehigh’s MLK Committee events. After a screening of her film Wake, a Southern Gothic tale of self-righteousness, Newsome took questions from Darius Omar Williams, professor of theatre and Africana Studies, and Madeleine Centrella ’18, as well as from audience members.

Newsome also talked about the value of social media in spurring activism. She credited social media with alerting the country to the Trayvon Martin killing in Florida and the Michael Brown killing in Ferguson, Missouri, and the social unrest that followed those shootings.
“We can’t really downplay the importance of social media today,” she said.  But, she cautioned, “What we have to be careful of today is thinking that social media can do it all, and it can’t.”

Newsome said there’s no substitute for traditional organizing such as marches or boycotts, because when people get together they are able to connect more deeply and have more thorough discussions.

An artist, Newsome said she is excited about the “explosion of art” that she expects to see in the coming year in response to controversies like Ferguson and the Confederate flag.

“The past year has been largely reactionary,” she said. “It’s starting to pivot a bit more, to be a bit more pro-active.”

For young people who may want to intervene in issues that are important to them, Newsome advised them not to overthink the issue but to “jump up and do it.” She said she became an activist by first participating in a march, then finding like-minded people.

“You tend to find your community of support,” she said. 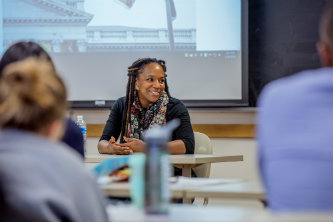 Newsome also met with students while on campus. 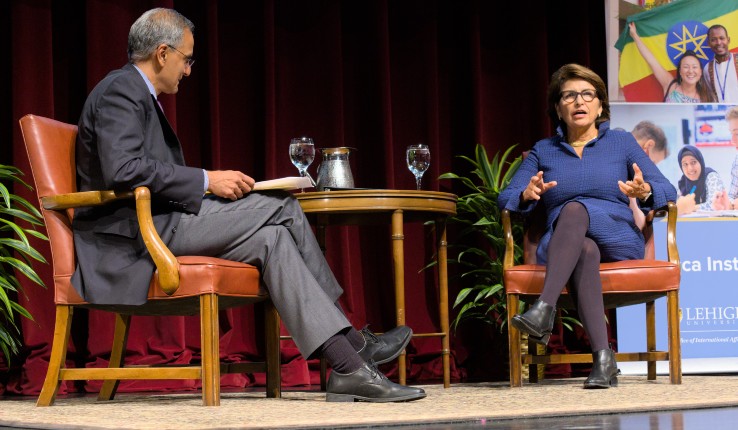 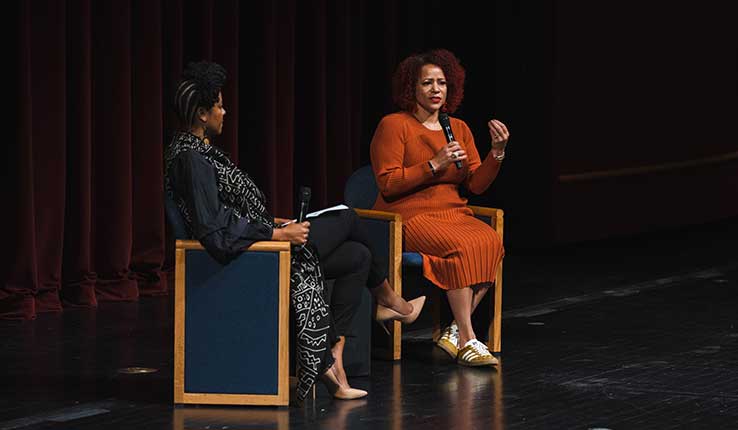