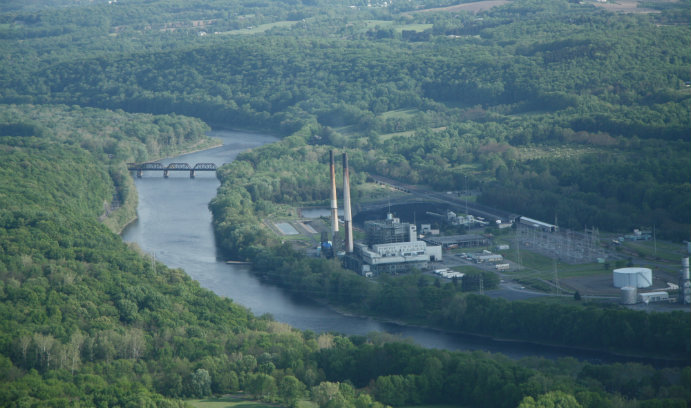 Women who live with pollution generated by coal-fired power plants may be far more likely to give birth to a child with below normal weight than women who are not subjected to similar pollution, according to a study by Lehigh researchers.

They found that the likelihood of having a low birth weight (2,500 grams or less) baby jumped from 2 to 3 percent if the mother was exposed to sulfur dioxide emissions during the first month of pregnancy.

“This is a 50 percent increase in the occurrence of low birth weight among full-term babies,” Yang said. “So really, this is a big effect, and full-term, low birth weight usually results from intrauterine growth restriction. ”

In 2011, the U.S. Environmental Protection Agency ruled that the plant, located on the west bank of the Delaware River, was the sole reason that four downwind New Jersey counties often suffered sulfur dioxide levels in excess of EPA’s National Ambient Air Quality Standards. Warren County is across the river from the plant. Sussex, Morris and Hunterdon counties are further away, but close enough to be affected by sulfur dioxide released from the plant and carried by prevailing westerly winds, Yang said.

Then-owner GenON REMA LLC challenged in court the EPA’s authority to impose emission limits on the plant. But in 2013, the U.S. Third Circuit Court of Appeals upheld the so-called “Portland Rule,” and in 2014, the plant stopped burning coal under a consent decree with the N.J. Department of Environmental Protection. The researchers recognized that the ruling provided them with a unique opportunity to study the causal impacts of a coal-fired power plant on its downwind neighbors.

“It’s about the most famous ruling in recent history because this is the first time that the EPA won the case where the sole contributor is identified,” Yang said. “In general, when we talk about air pollution, it is very difficult to identify one single source.”

The study—the first on the impacts of prenatal exposure to a uniquely identified large polluter—notes that a full-term, low birth weight indicates an intrauterine growth restriction and that low birth weight infants can die at rates of up to 40 times greater than their normal weight counterparts.

In addition to being capable of causing respiratory distress, sulfur dioxide is also a known precursor in the formation of fine particle, often referred to in the scientific community as PM2.5 (particulate matter smaller than 2.5 micrometers in diameter.)  These smallest of dust particles, which are about 1/30th the width of a human hair, are “actually the biggest threat of all air pollutants,” Yang said, “because they can just penetrate through our lungs and permanently stay inside our bodies.”

Why it matters:
Weighing the long-term impact of coal-fired power plant pollution on prenatal life can help improve the cost-benefit analysis needed in establishing EPA regulations.