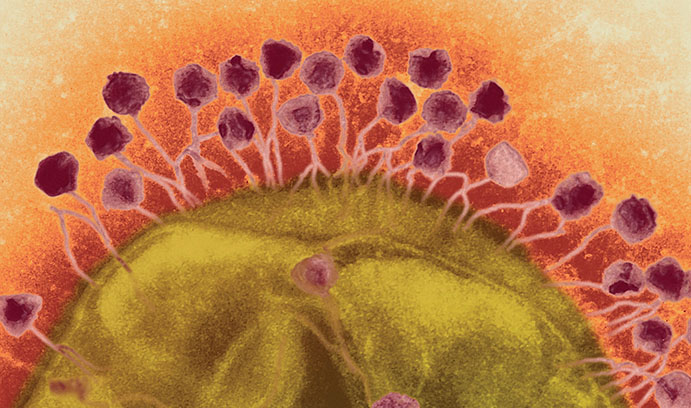 Bacteriophages, viruses that infect and replicate within bacteria, are the research focus of the biology department’s SEA-Phages program. Phages are widely distributed in locations populated by bacterial hosts, such as soil or the intestines of animals, yet little is known about them. The molecular configuration of these organisms is the focus of research by structural biologist Krystle McLaughlin.

“In many cases, we don’t know what they look like,” says McLaughlin. “What is their purpose? These proteins don’t have any relatives to any other proteins that we can find. Structure is a big part of function. The structure/function relationship is usually very helpful, so you can often infer what it does. Sometimes the amino acid sequence doesn’t tell you all that much if it’s not similar to anything else. Examining the structure will give us major insights in this case.”

McLaughlin is interested in phages because of their potential to treat bacterial infections using phage therapy, which could replace antibiotics. Since many bacterial strains have antibiotic resistance, this could be the main way physicians treat bacterial infections in the future. Her research revolves around X-ray crystallographic and biochemical studies of protein-nucleic acid interactions from a range of bacterial systems. Her current project continues research initiated by Lehigh undergraduate students last summer as part of a Mountaintop project. The student researchers discovered proteins on phages and worked to express them. McLaughlin is collaborating with Ware to develop a better protein expression and to crystallize them.

McLaughlin says her work in the lab transfers to classroom discussions. Her expertise in X-ray crystallography is adding new instructional components to the department. Under McLaughlin, students have grown their own molecular crystals and examined structures in a computer program. The department has added three new biochemistry labs that discuss structures, which she says brings about new classroom dialogue.

“You can see it in a book, but it doesn’t really tell how it is structured or how it interacts,” she says. “To see it on the screen in 3-D is completely different. It really expands what they think about these protein complexes.” 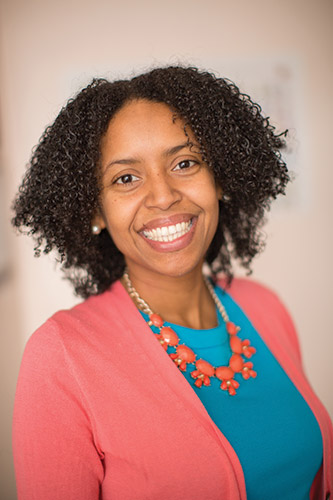