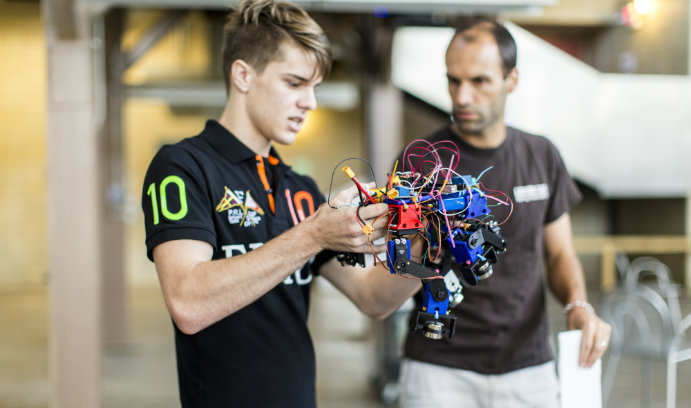 Imagine living in a home that can anticipate your movements—and your moods.

Bad day at the office? Your “smart” home would know that. When you walk through your front door, it would have the lights turned low, soft music playing and a fan creating a gentle breeze to soothe you. Running late at work? No worries. Your home would know that too, waiting until you are 15 minutes from the house to turn up the air conditioning in summer and the heat in winter.

For a cluster of Lehigh students spending the summer at Mountaintop’s Building C, it’s all about “Smart Spaces” – how to track people’s movements, anticipate people’s wants and needs, save energy and build and operate robots that can help people in need.

The multi-pronged Smart Spaces project is part of the Mountaintop initiative and is also a site for the National Science Foundation’s Research Experiences for Undergraduates (REU). Among the projects under way are those that would better integrate technology in the home or office.

“We want a space that knows who’s in it, that knows what’s in it, and that also knows how it can adapt to who and what’s in it,” said Michael Spear, assistant professor of computer science and engineering, about the students and projects he is mentoring under the Smart Spaces umbrella.

John Spletzer, associate professor of computer science and engineering, is heading the REU site at Mountaintop.  Spletzer, director of Lehigh’s Vision, Assistive Devices, and Experimental Robotics Laboratory (VADER lab), says the $340,000 grant from the National Science Foundation (NSF) will fund 30  internships over the next three years, including eight this summer from Lehigh and other universities.

“The seeds for the REU Site were actually sown with last year’s Mountaintop experience in the summer of 2013.  This provided the vision for the current “Smart Spaces” initiative.  The fact that we received a prestigious grant from NSF provides validation of the significance of the research experience.   Nearly every faculty member in our department (Computer Science and Engineering) is supporting this project, and we are grateful for NSF’s support.”

Projects taking place at the Mountaintop’s Building C under the Smart Spaces umbrella include:

Dan Coombe ’14, who is working on the project with Chris Garman ’16 and Cassandra Guerrero ’16  (Kutztown  University), says autistic  children who interact with the robot would hopefully learn to better interact with people, including how to express themselves better and read other people’s expression.
Spletzer and Mooi Choo Chuah, professor of computer science and engineering, are mentors.


With everyone doing their own thing, the process can be “messy,” admits Patricia Sittikul ’16. But Spear, who is mentoring them, is helping each of them to see the bigger picture, she says.

“These are interesting problems,” says Spear about the many initiatives, “and they’re hard problems.”

Students are developing:
“I like an environment where there’s a lot of intellectual diversity,” says Spletzer, about the Mountaintop space. If students run into problems they do not know how to solve, he says, they may find fellow students who do. Or they may end up collaborating on projects.

“It’s cool to walk around and see all the different things students are doing,” he says.

In Spear’s group, many of the students are rising sophomores.

“This is the first time most of them had a project that didn’t have a correct answer,” he says. And for many of them, it’s the first time they have to rely on someone else for parts of their project.

“In so many ways,” Spear says, “this is a very unique learning experience.” 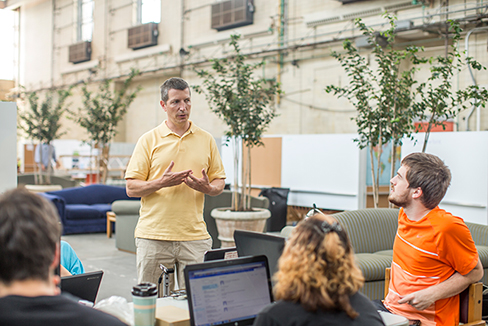 John Spletzer, who is heading the REU site at Mountaintop, talks with students about LILI the robot. 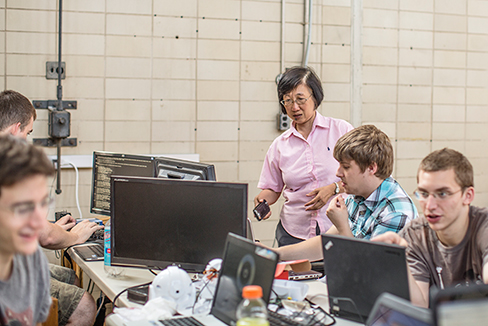 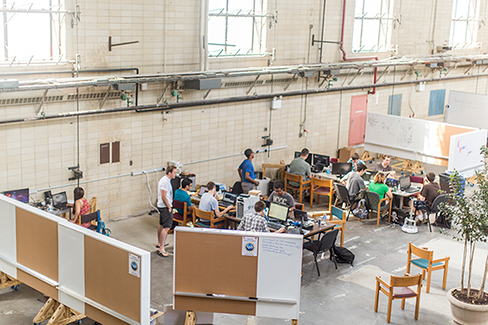 Some 20 students are part of the Smart Spaces project at Mountaintop. 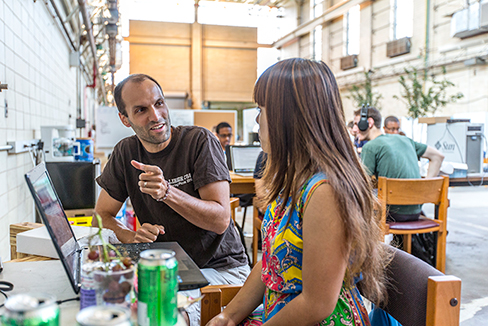 Mentor Michael Spear talks with Patricia Sittikul, who is working on an interface to tie all the Smart Space projects together. 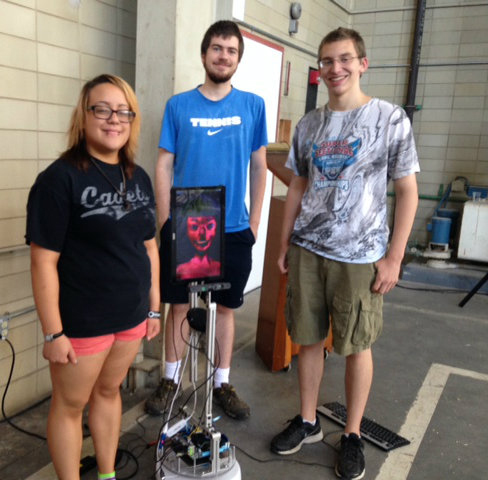 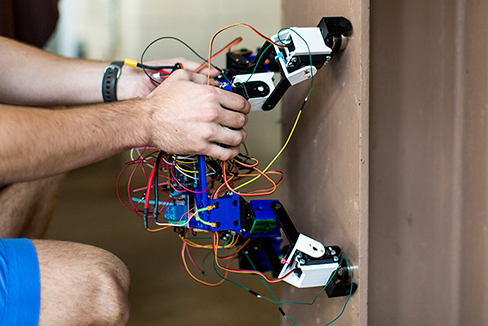 Jamie, the quadraped, is being designed to climb pipes.