A Super Highway for the Right Molecules 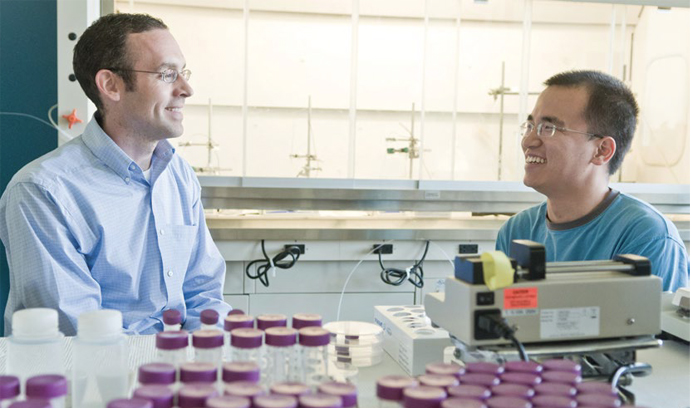 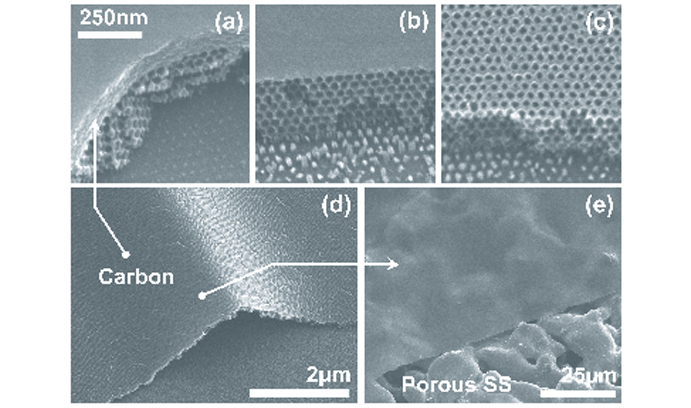 Energy-intensive separation processes, such as distillation within the petroleum and industrial chemical industries, says Mark Snyder, are responsible for about 15 percent of the energy consumed globally.

If that number seems surprisingly high, the good news is that even modest reductions in the energy inputs required for separations could significantly slice global energy demands.

In a distillation process like the one used in petrochemical refineries, mixtures are heated until the lighter molecular components—the ones with lower boiling points—rise.

“The problem with that technique,” says Snyder, assistant professor of chemical and biomolecular engineering, “is that the energy input required to make that happen is just massive.”

Membrane-based molecular separations offer lower-energy alternatives. Among membrane materials, carbon films can be used to isolate sought-after molecules. The pores on these nanoscale filters, known as carbon molecular sieves, can be tailored to desired sizes, and can work at the scale of small molecules like CO2 and methane molecules. But CMS membranes are typically too thick, and the pores too disordered, to be optimal.

“The challenge is speed and selectivity,” says Snyder. “You can create the pores to filter the molecules you want to remove, but it’s hard to get molecules through the membrane quickly, which you need for an industrial process.”

Snyder recently received an NSF CAREER Award, in part for his research into the nanoscale separation of molecules.

What makes his work unique is the combination of techniques used to make high-performance CMS films and the potential speed at which the separations can be performed.

Snyder’s lab creates ultrathin, composite films that promote rapid passage of molecules. He begins by depositing a thin layer of silica particles, about 10nm in diameter, using a technique that makes the silica self-organize into a regular array. He then introduces carbonized material to fill the spaces between the silica particles, which are then removed.

“You end up with ultrathin carbon layers on a highly porous support,” he says. “These thin films with molecule-selective pores combine with open, ordered meso-pores within the support to act like a superhighway for specific molecules.”

In his research, Snyder aims to uncover novel ways to modulate the properties of these materials to create more specific filtering qualities in the membranes.

“You can use the interaction between the materials that are used in synthesizing the carbon thin films or their surface chemistry, for example, to fine-tune the properties of the carbon or activate the pores in the material,” he says.

Snyder, who earned his bachelor’s degree from Lehigh in 2000, returned in 2008 to take his place among the faculty, many of whom had been his professors.

“My teachers are now my colleagues, and they truly welcomed me,” he says. “It’s been really great to come full circle.” 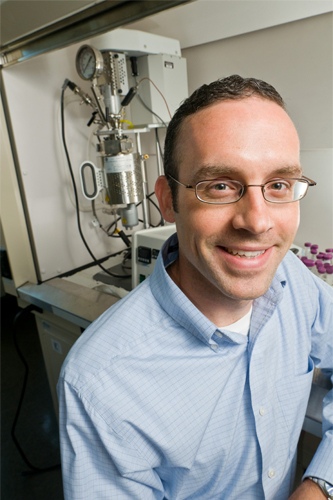 Sequential processing in the age of big data
Katya Scheinberg is working to provide faster, more efficient tools for the era of Big Data.

A tiny weapon joins the battle against cancer
ChemE alum Dan Roxbury hopes CNTs can one day serve as an early warning system to detect and treat cancer.