Peter M. Gilbert, chief investment officer (CIO) of the Lehigh University Endowment Fund, has announced he will retire effective Nov. 13, 2015.  Gilbert has served as CIO since 2007.

Jordan Hitch ’88, a member of Lehigh’s Board of Trustees and a former managing director of Bain Capital, one of the world’s leading private, alternative asset management firms, has agreed to serve as interim CIO. Hitch graduated from Lehigh with a bachelor’s degree in mechanical engineering, and earned an M.B.A. from the University of Chicago in 1995.  He currently serves on the board of several Bain Capital companies, including Bright Horizons Family Solutions, Burlington Stores, and Gymboree. He also serves on the board of Cradles to Crayons, a Boston-based nonprofit organization.

Hitch will step down from the Board of Trustees while he serves as interim CIO.  He will remain affiliated with Bain Capital as a senior advisor.

“I want to recognize Peter for his service and particularly for his work steering the endowment through the uncertainty of an historic economic downturn that rocked our financial markets,” said Lehigh President John Simon.  “His steady hand served Lehigh well.  I am pleased that as we begin a search for Peter’s successor, Jordan will serve as interim CIO and provide leadership to our investment office.  We are fortunate to be able to call on someone with Jordan’s deep financial experience and expertise.”

Kevin L. Clayton ’84, vice chair of Lehigh’s Board of Trustees, worked closely with Gilbert when Clayton served as the university’s interim president for the 2014-15 academic year. “On behalf of university leadership, I would like to thank Peter for his years of exemplary service and wish him well in his retirement,” Clayton said. “Peter has been a conscientious steward of our endowment fund, maximizing its performance to ensure that the contributions from so many Lehigh supporters can continue to build an even better Lehigh for future generations.”

“For eight years, Peter has played a key role in the Lehigh community as the custodian of the university’s largest tangible asset,” said Maria L. Chrin, ’87, member of the Board of Trustees and of the Investment Subcommittee. “The Endowment provides a major source of funding for scholarships, academic programs, and faculty endowed chairs. As such, good stewardship of the Fund is among the university’s highest priorities. We thank Peter for his capable leadership in carrying out an investment strategy that has consistently resulted in high performance while minimizing risk.”
Before joining Lehigh, Gilbert was the chief investment officer of the $34 billion Pennsylvania State Employees’ Retirement System (SERS).  Under his direction, SERS earned a reputation as one of the most innovative and top-performing public pension funds.  Gilbert has been repeatedly honored for his work as SERS CIO.  In 2007, he received the Money Management Letter’s Lifetime Achievement Award “for his work on corporate governance and for being on the cutting edge of investing.”  In 2005, Gilbert was named the winner of the Institutional Investor Award for Excellence in Investment Management, recognizing him for “outstanding achievement” among public pension fund managers.

Prior to that, he served as director of the New York City Mayor’s Pension Unit, where he represented the mayor and finance commissioner as a trustee for the city’s four largest pension funds, overseeing assets of more than $46 billion.

The search committee for Gilbert’s successor will be chaired by Lehigh Trustee Sarat Sethi, ’92. The search committee will be comprised of trustees Maria Chrin ’87, Robert L. Brown III ’78; Joseph R. Perella ’64 ’06H; and Frank E. “Ted” Walsh III ’88.  Also serving on the committee will be Professor Anne Anderson and Hitch.  Board of Trustees Chair Brad Eric Scheler ’74, and President John Simon will serve as ex-officio members. 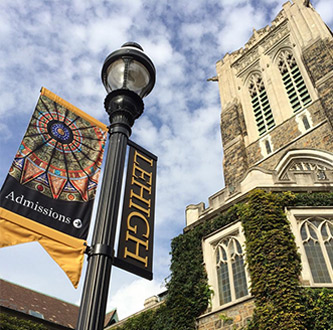