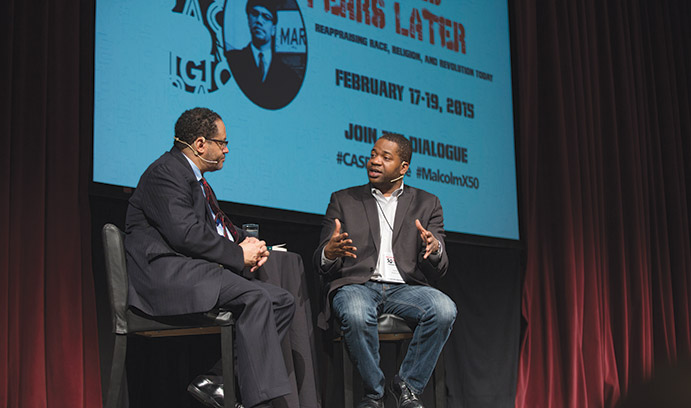 Feb. 21, 2015 marks the 50th anniversary of the assassination of Malcolm X. To commemorate the life and legacy of Malcolm X as a public figure and his contributions to social justice in America, the College of Arts and Sciences with the Africana Studies program and political science department hosted a three-day conference that attracted international attention.

Ambar, author of Malcolm X at Oxford Union: Politics in a Global Era, said a wide array of impressive speakers, panelists and guests from countries including France, England, Malaysia, and Japan whose work and life speaks to the legacy of Malcolm X attended and made this an exceptional conference. Participants included activists involved with the Black Lives Matter movement, Malcolm X biographers, and academics from across the country and world Investigating and exploring Malcolm X’s civil rights legacy, speakers included Tariq Ali, Rosa Alicia Clemente, Pap Ndiaye, and Michael Eric Dyson.

Hosting this conference allowed Lehigh to join a collection of universities being a destination for international scholarship on African American historical figures, said Ambar. He added that Princeton, Oxford University, Villanova and Columbia University are just some of many schools that have taken part in the remembrance of Malcolm X’s legacy.

It was important that conference planners had the support of the institution to host the conference, Peterson said.

“Lehigh’s been changing. One of the changes is that we’ve established an Africana studies program with lots of young dynamic scholars who are doing incredible research across a range of fields having to do with the black experience.”

Ambar noted this conference was an opportunity for students to draw attention to other aspects of Malcolm X about which they are not accustomed to hearing or thinking.

“We have been working very actively to try to identify the ways in which we might be able to honor that national and international process of looking at the civil rights movement and thinking about its accomplishments and challenging ourselves to move forward and to honor that legacy going forward.”

“There continues to be a hunger and appetite for information about Malcolm X and his legacy and his personal history but also what he meant to the American civil rights movement, and what he meant to the worldwide human rights movement,” said Ambar. “That hunger and appetite only grows with the years, and I am delighted that not only Lehigh students but those who were able to view the conference by live streaming or Internet will get the opportunity to satisfy some of that interest that continues to grow.” 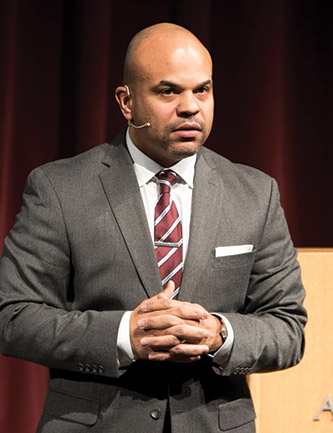