A historic brand in American soccer is returning to Bethlehem—and to Lehigh—this spring.

The Philadelphia Union announced on Tuesday that its new USL expansion team will be named in honor of the original Bethlehem Steel Soccer Club, which played from 1907 until 1930 and established itself as one of the most successful clubs in the nation.

The new USL club, which will begin play this coming spring at Lehigh’s Goodman Stadium, will be called Bethlehem Steel FC and will serve as a developmental club for the Union, which plays in Major League Soccer, the first tier in the American game. The name was chosen via a fan vote that opened up in August.

“We continue to believe in the deep history of this sport in our region and this is a tremendous way to pay homage to the past, while also reflecting the important role of the club in the Union family,” Philadelphia Union chairman Jay Sugarman said during a special unveiling event at Steel Stacks. “Bethlehem Steel FC is the final piece of player development that creates a clear path to first team.”

According to the Union, fan voting on the new club’s name overwhelmingly supported the Bethlehem Steel name—and the original club’s legacy of winning (and its famous crest) were big reasons why. Even though the team played only for 23 years, it won the U.S. Open Cup title—the biggest trophy in American soccer at the time—five times. No club has ever won more.

The new club’s logo incorporates elements of both the original Bethlehem Steel’s badge and that of the Union.

Speaking at the Union’s formal announcement of the new team this past August, Lehigh president John Simon said he and everyone with the university were “flattered” that the team had chosen Lehigh as its new home.

“We’re very excited that you’re going to be here,” Simon said. “I hope you find the experience to be as positive as have other professional teams who have called this area, including our campus, their home. You’re going to love playing your games in Goodman Stadium.” 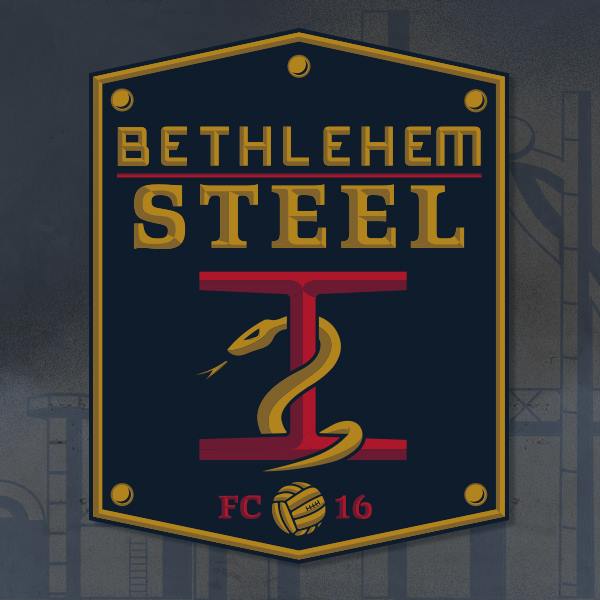 The new Bethlehem Steel FC honors the history of one of the most successful clubs in American soccer history. 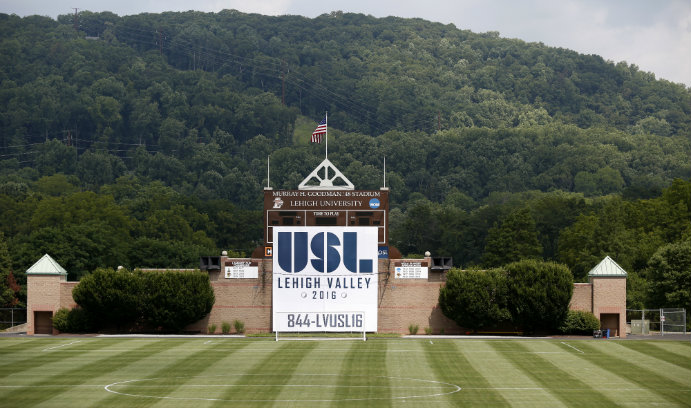