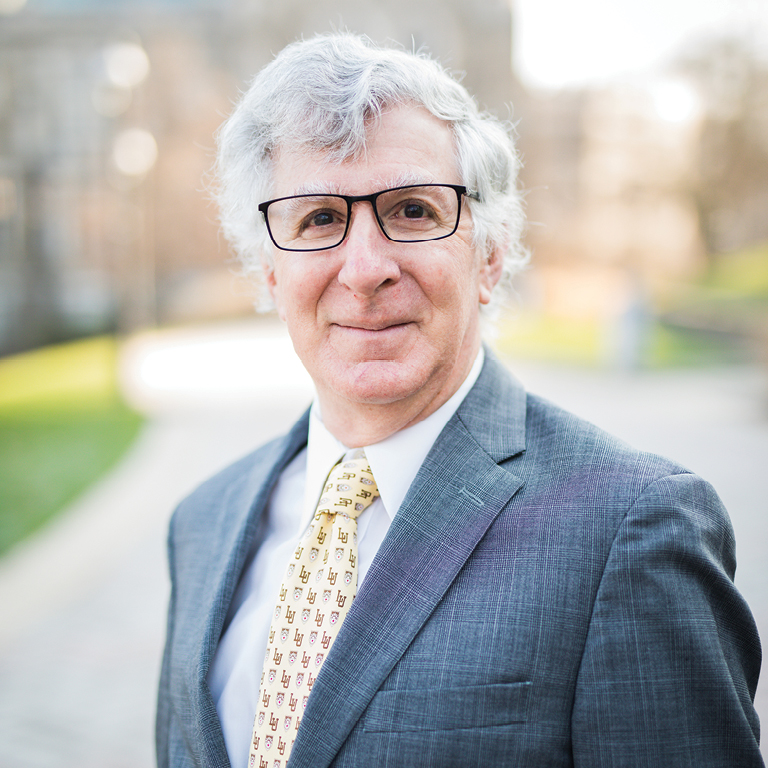 John D. Simon '19P arrived at Lehigh as the university's 14th president on July 1, 2015. When he departs this summer, six years after his tenure began, he will have left behind a legacy of growth and change that will serve the institution well for years and decades to come.

Simon's tenure has been nothing short of transformative, as he's worked with university leadership, the Board of Trustees, the City of Bethlehem and the broader campus community to seize on Lehigh's strengths and launch a series of major initiatives that have expanded the scope of the university’s impact, both here in South Bethlehem and around the world.

Under his leadership, Lehigh significantly grew its presence on the West Coast, expanding programming for students and launching the Lehigh@ NASDAQ Center in 2016. In the years since, Simon has also pushed forward on initiatives that have made Lehigh an ever more global university. Much of this investment has been focused on India, where Lehigh has forged partnerships with leading Indian institutions including Ashoka University and ITT Bombay.

Also in 2016, and with the support of the Board of Trustees, Simon announced his Path to Prominence plan, the blueprint by which he would position the university to cement its status as one of the leading institutions of higher learning in the nation. The plan called for the creation of a revolutionary new College of Health, which opened its doors in the fall; expansion of the student population and the addition of dozens of new faculty; the construction of SouthSide Commons and the Singleton, Hitch and Maida houses, as well as the cutting-edge Health, Science & Technology Building; and the renovation of the historic Clayton University Center.

A year later, Simon joined with Lehigh Board Chair Kevin L. Clayton '84 '13P to formally celebrate the launch of GO: The Campaign for Lehigh, a $1 billion-plus fundraising and engagement initiative that will help fulfill all the aims of the Path to Prominence and propel the university toward a more dynamic, impactful future.

Simon's many successes have created significant and positive momentum at Lehigh, and that momentum will certainly well serve his successor, Lehigh's 15th president, who is expected to be named sometime in Spring 2021. 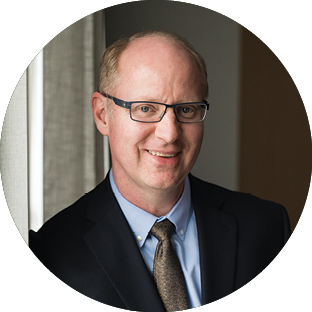 Urban Innovates and Leads to Navigate the Pandemic

Nathan Urban arrived as Lehigh's new provost and senior vice president for academic affairs on July 1—just over three months after the university shifted to remote instruction for the remainder of the spring 2020 semester—and immediately took a key leadership role in helping the university navigate the many challenges posed by COVID-19.

Urban helms Lehigh's COVID-19 Response Team, a group of senior leaders who are charged with assessing and addressing day-to-day university operations and the evolving health issues impacting the campus and community. On a daily basis, Urban and the CRT work in concert with university leadership and existing Task Force committees to analyze data, review plans and develop strategies to respond to COVID-19 issues. The CRT responds to COVID-19-related emergencies and inquiries, evaluates changing guidance from public health officials, makes recommendations to senior leadership on establishing protocols, and enacts contingency plans related to the virus.

In addition to his work with the CRT, Urban as provost also oversees all academic matters at the university. In a December message to campus, he acknowledged the challenges the pandemic had placed before students, faculty and staff—while also reflecting on the many learnings the university has taken away from this most unprecedented time.

"This semester has been hard," Urban wrote. "It was, in many ways, our own kind of Moon Shot—albeit one that we did not choose...Even though the specifics of operating in a pandemic are not things we anticipate becoming routine beyond this year (thankfully), this process has forced us to develop new skills and capabilities and to adopt new ways of working that will permanently shape higher education. This is true for faculty, staff and students. The future of higher education and of Lehigh likely will depend on how we recognize and employ what we learned from the hard work and sacrifice required to operate through this pandemic." 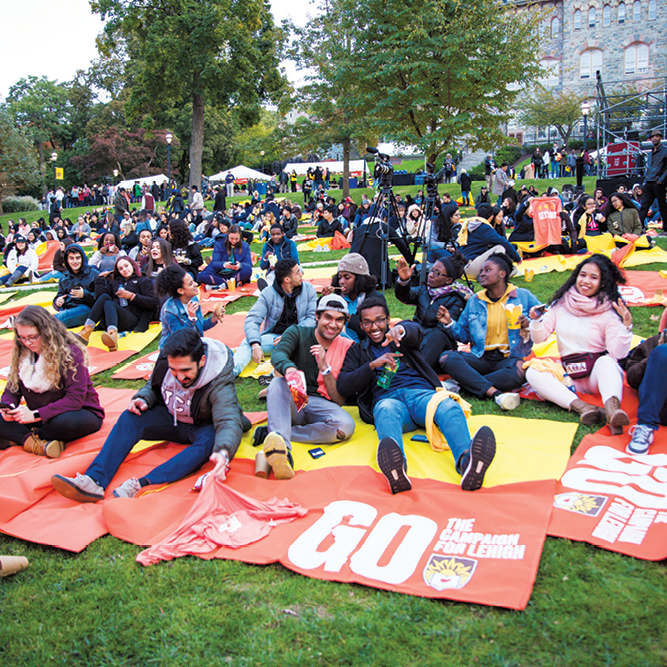 CAMPAIGN LAUNCH: Students joined in the celebration as Lehigh launched GO: The Campaign for Lehigh. 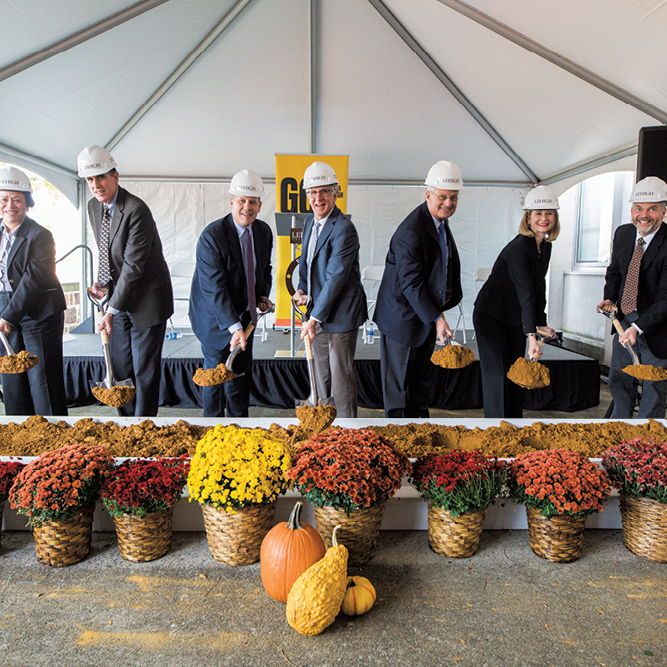 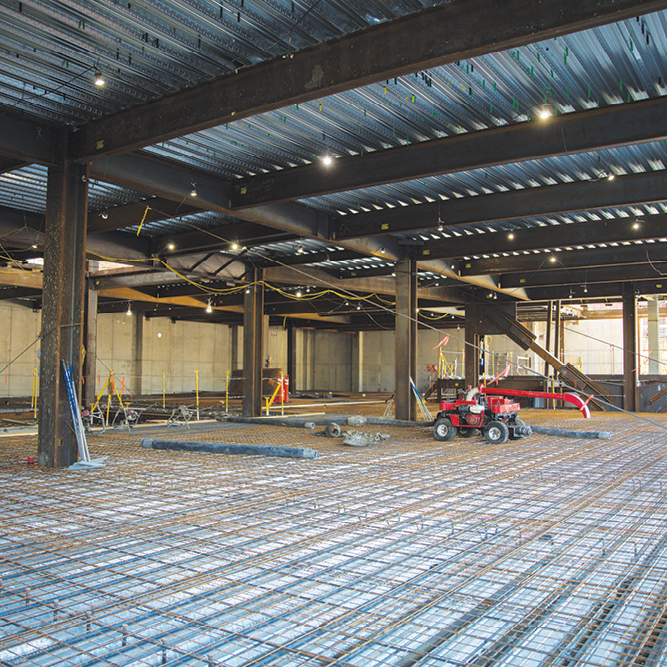 HST CONSTRUCTION: The Health, Science and Technology Building is expected to be completed in 2021. 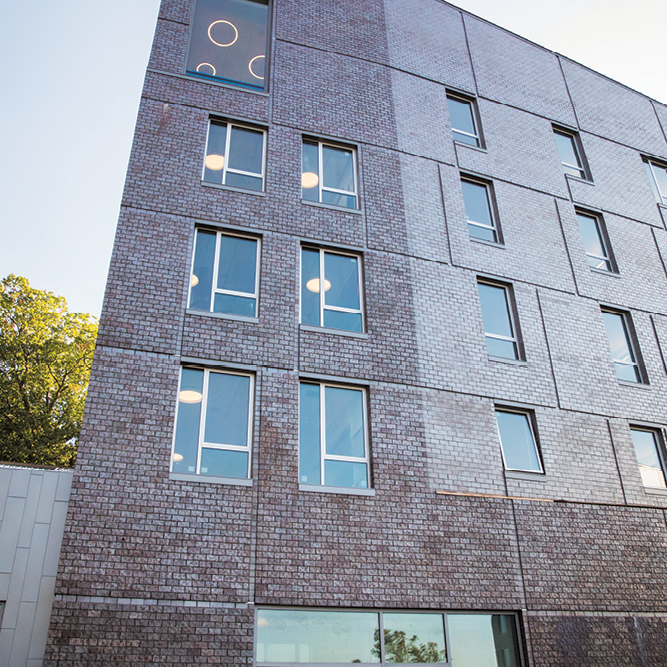 NEW RESIDENCE HALLS: The Hitch House is one of three new residential facilities. 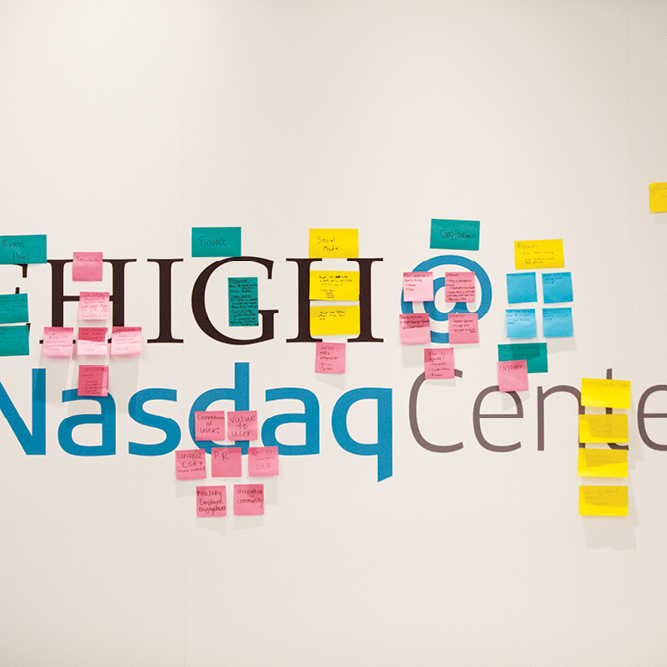 LEHIGH@NASDAQCENTER: Lehigh embarked on a new era with a series of West Coast initiatives. 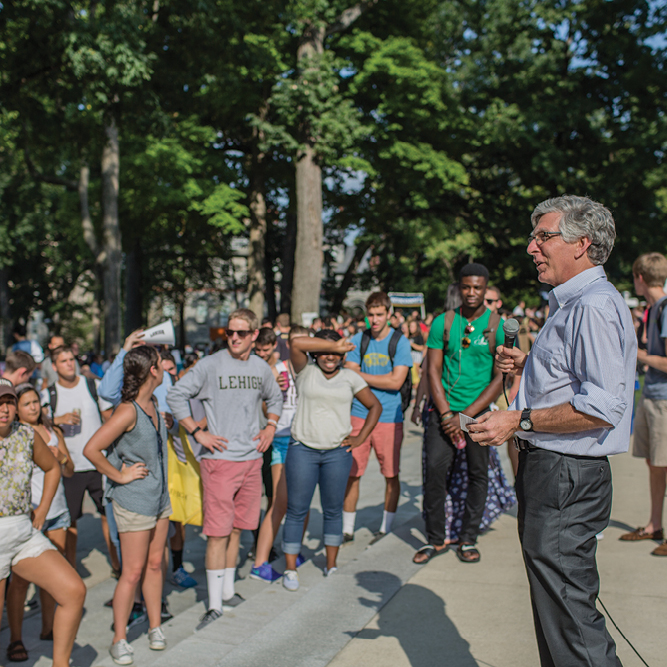 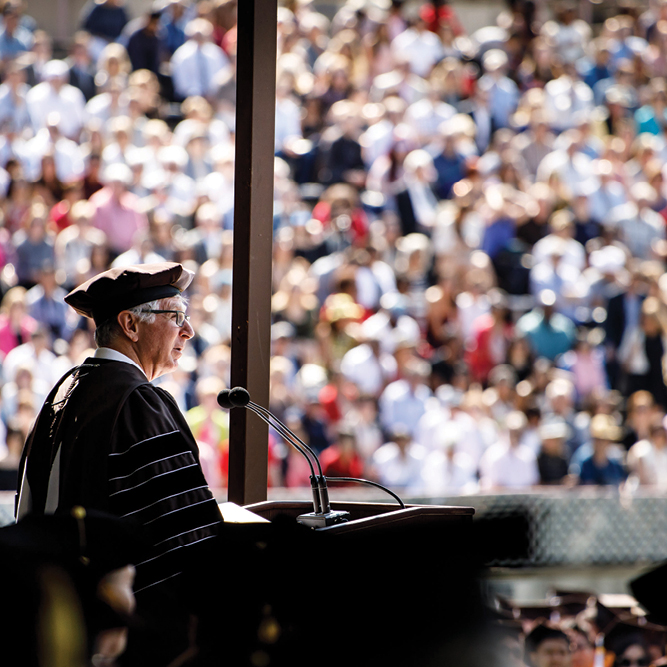 MOMENTS TO CELEBRATE: Simon has presided over five Commencement ceremonies during his time at Lehigh, including the 2020 'virtual' celebration.